The collision of two galaxies has formed a supermassive black hole 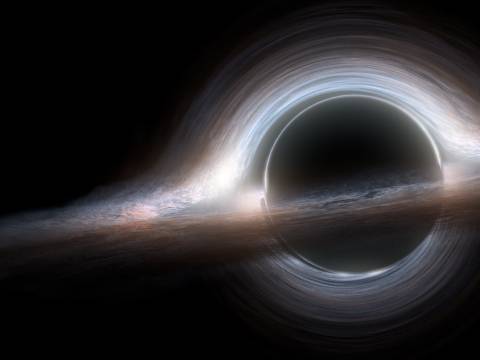 With one of the big “telescope”, the VLBA radio interferometer, Russian and American astronomers have been studying the effects of two galaxies colliding. Scientists noticed that one of them destroyed the smaller neighbor, revealing a supermassive black hole at its center.

The astronomers, led by James Condon (James Condon) from the National radio astronomy Observatory, USA with radio telescope Very Long Baseline Array (VLBA) of the National science Foundation found “bits” of a relatively small galaxy passed through the larger galaxy, but lost almost all of my substance, except the Central supermassive black hole, which is now removed from the place of collision at a speed of more than 3,000 kilometers per second.

These galaxies are part of clusters of galaxies ZwCl 8193 located at a distance of more than 2 billion light-years from Earth. It is the close collision that occurred millions of years ago, stripped of its smaller galaxy almost all the stars and gas. Now the Central black hole of this galaxy surrounds only a small part of the galaxy, approximately 3000 light years. For comparison, the size of the milky way is about 100,000 light years.

These remnants of the galaxy, called B3 1715 425, the researchers say, will soon lose even more weight, which will lead to the suspension of star formation in them – this space object will then become invisible. This feature induced the authors of the study thought that such “naked black holes” resulting from the collision of galaxies, can be widely distributed in the Universe than previously thought. In the future, the team Condon plans to conduct an extensive search of unusual objects, like object B3 1715 425.