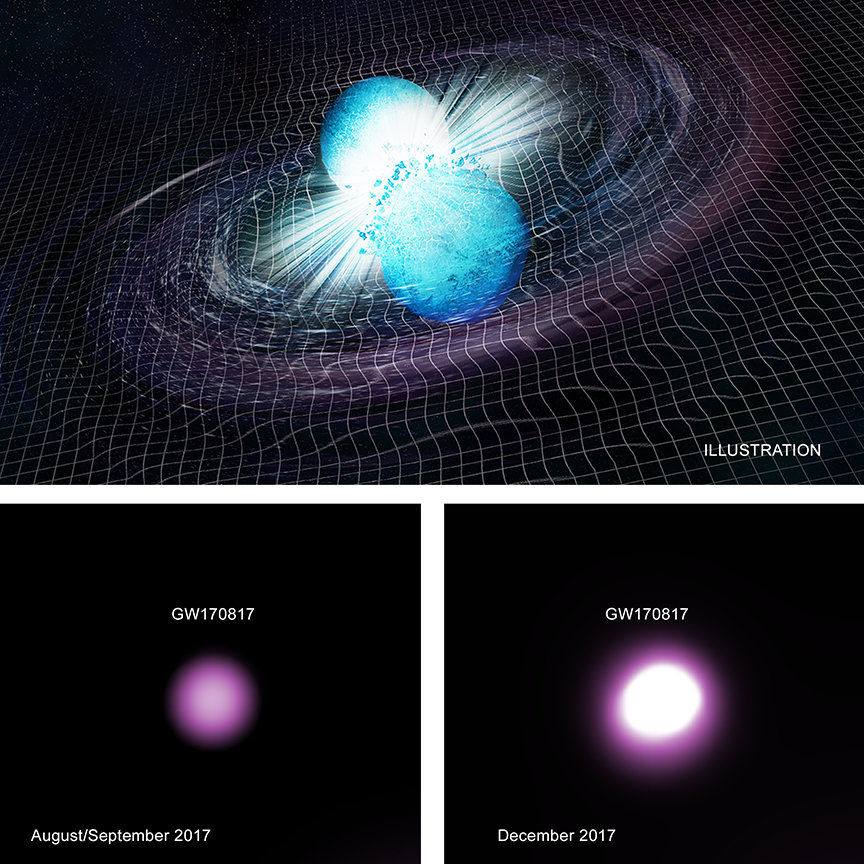 A powerful collision of two neutron stars, as a result of which gravitational waves were formed and about which we learned last fall, led to the birth of a black hole, scientists believe. This newly formed black hole has the smallest mass of black holes ever discovered by researchers.

While almost every telescope available to professional astronomers was used to observe this source, officially known as GW170817, X-ray observations conducted with the help of the Chandra Observatory contain clues to understanding the processes that occur after the collision of two neutron stars.

The data obtained with the help of the LIGO Observatory allowed astronomers to estimate the mass of the object formed as a result of the collision of these two neutron stars, which amounted to approximately 2.7 solar masses. Such a mass value puts the resulting object exactly on the boundary between the most massive neutron stars and the least massive black holes.

In a new work, scientists led by Dave Pooley of the Trinity University in San Antonio, USA, analyzed data collected by the Chandra Observatory after the neutron star fusion event and found that the X-ray afterglow from this event was significantly less intense (by several orders of magnitude), in comparison with its expected intensity under the assumption of the formation of the resultant neutron star. According to the authors, this indicates that as a result of the fusion of neutron stars, it is evident that not a neutron star, but a black hole, was formed.