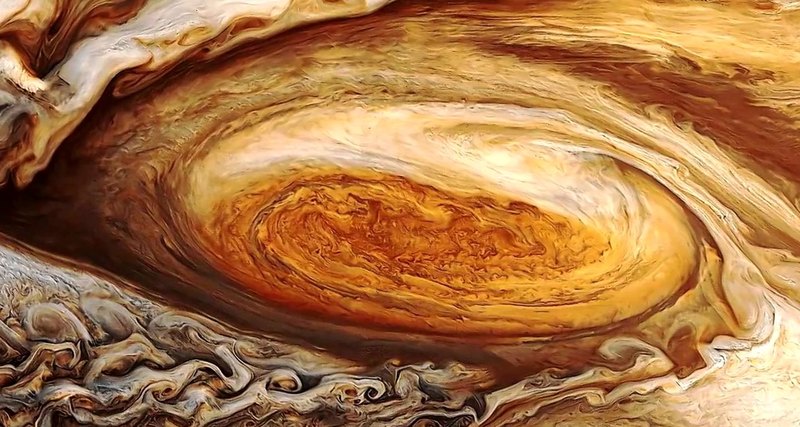 The upper layer of the atmosphere of Jupiter consists mainly of ammonia. Below lie clouds of ammonium sulphide; At earth temperatures it disintegrates, but on Jupiter it is stable. The lower layer consists mainly of water vapor. All these gases give white clouds, but Jupiter in the optical telescope lenses looks like anything, but not white. There is, for example, a centuries-old storm – A large red spot, as the name implies, is red.

Mark Loeffler, a physicist at the University of Northwestern University in Chicago, believes that the products of chemical reactions catalyzed by solar radiation give a reddish shade to the atmosphere of Jupiter.

Leffler found that the bombardment of ammonium hydrosulfide with high-energy protons gives a mixture of products that looks green at -113 ° C, the temperature is slightly colder than the upper layer of the Jovian atmosphere, and becomes cooler on further cooling.

Actually, acetylene in the atmosphere of Jupiter is much smaller than, for example, sulfur-containing compounds. But Carlson believes that the hydrocarbon gas layer is located just at a depth that allows the ultraviolet radiation of the Sun to trigger reactions with his participation, which tell the Great Red Spot its characteristic color. The fact that the OPF is darker than the rest of the atmosphere of the planet, the scientist explains by the fact that over a giant storm, ammonia and acetylene are mixed in the higher layers of the atmosphere.