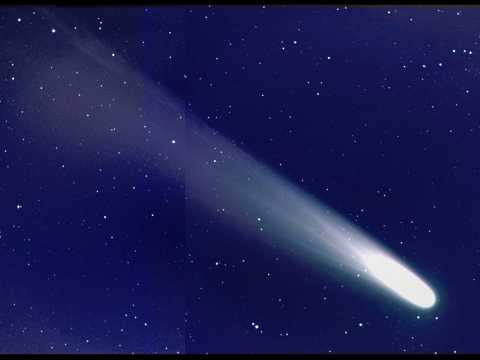 Large long-period comets on the far outskirts of the solar system turned out to be much larger than was believed until now.

Far beyond the orbit of Pluto is the Oort Cloud – an area in which myriads of ice bodies are turning. Sometimes some of them, due to accidental collisions and the game of gravity, are thrown out of this sphere and begin a long journey into the inner regions of the solar system and back, already as long-period comets.

The movement of comets along their elongated orbit can take many hundreds and thousands of years. However, sooner or later it ends with the death of the ice body under the rays of the Sun or as a result of a collision with one of the planets. They also represent a certain danger for the Earth-for example, it is assumed that the comet was a Tunguska meteorite: the evaporation of ice can explain the complete absence of traces of the body itself in the region of the fall.

A new look at this danger and the long-period comets in general allows a new work done by James Bauer (James Bauer) and his colleagues on the basis of observations made by the space infrared telescope NASA WISE. The Astronomical Journal publishes the article of scientists, as well as a press release distributed by NASA about their work.

Astronomers note that estimating the number and size of comets is a rather trivial task, because the comet nuclei that we observe are surrounded by a cloud of “dust” evaporating from the surface of the material – coma. This required scientists to create a computer model of the effect of this substance on WISE infrared images of comets. “Subtraction” of a coma from images made it possible to obtain a surprisingly clear picture of individual cometary nuclei, to estimate their number and dimensions.

Judging by the results of the study, so far we have greatly underestimated the number of such celestial bodies. Comets with a diameter of 1 km and more are seven times larger than those of previous estimates. Even comets flying past the sun in eight months of observations turned out to be 3-5 times greater than predicted by existing models. “This amount tells us a lot about the amount of material left” unused “after the formation of the solar system,” adds James Bayer.