The concept of flight to Sirius

When it comes to travel, it is logical to assume that the nearest target will be the fastest reach. In any case, if we are talking about the same roads. In space, this may not be so.

Introduced to the public about a year ago, the startup Breakthrough Starshot intends in the foreseeable future to send to our space neighbor, the star of Alpha Centauri, a whole fleet of several thousand miniature ships. Equipped with a solar sail and dispersed by the laser from the Earth a boat, weighing about a gram, should reach a speed of about one-fifth light. In this case, the path to the goal will take him about 20 years. Having reached the destination, the boat uses its sail as a reflector to transmit the collected data. Probably (and even for certain) not all will be reached – that’s why there will be so many devices.

Will this concept be implemented in practice, will show the coming years. While it is being discussed, it is cheated and criticized. The project so far proved to be viable enough to withstand the first wave of criticism. It is very likely that there are indeed chances of flying to the destination. So what is next?

The span of the whole Alpha Centauri system at a speed of one-fifth light will take several hours. Reduce the speed can not be – our boat has no brakes, and they do not fit in one gram of weight. Wait for this event for two decades, not counting the time for the development of probes, perhaps too luxurious. Perhaps, in order to get some meaningful result, it is worth staying in the studied system for longer. 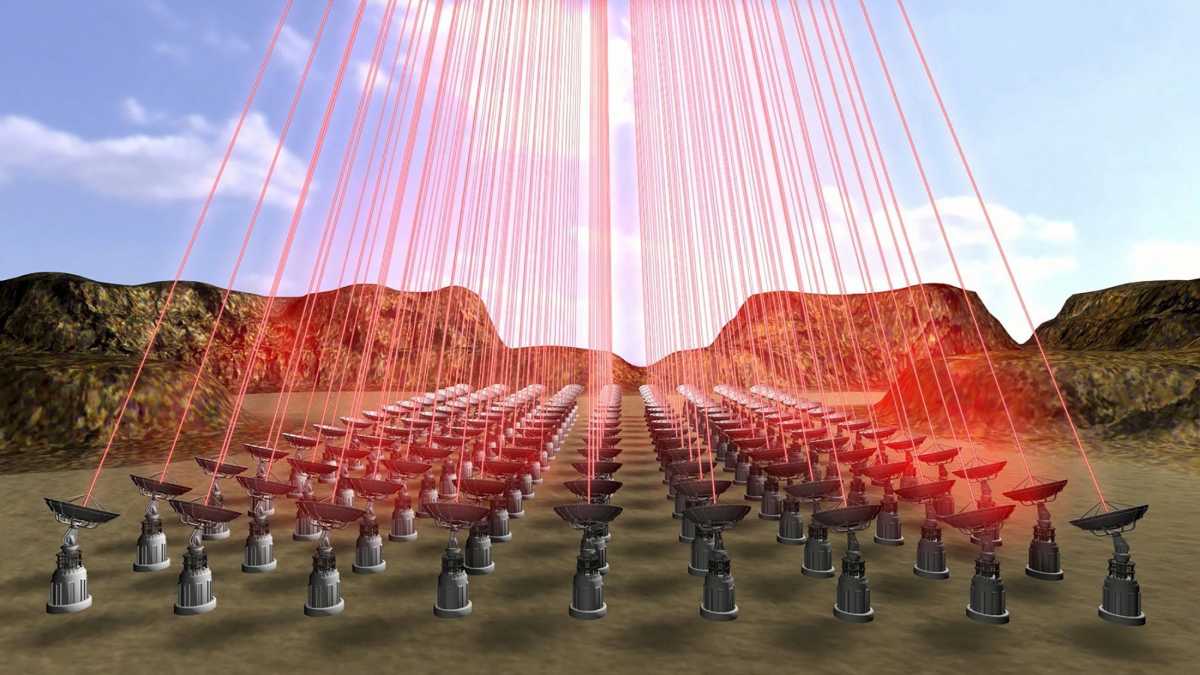 So for today, the concept of a ground breaking station of the project Breakthrough Starshot

After this, a somewhat protracted, entry, you can go to the heart of the matter. Two astronomers – René Heller (René Heller) from the Institute of Solar System Research. Max Planck in Göttingen (Germany) and independent researcher Michael Hippke (Michael Hippke) – propose to change the project, changing its goal. The stars will remain in it, but instead of the nearest Alpha Centauri, the target of the flight will be Sirius. Being twice as far (eight light years instead of four), Sirius glows 16 times brighter, so its light, if desired, really used to brake the probe.

According to Heller’s calculations, in principle it is possible to bring the probe into orbit around Alpha Centauri, but the flight in this case will take approximately 140 years. To get to Sirius, to lose speed and stay in orbit can only be for 69 years.

The idea is “innovative and interesting,” says Avi Loeb of Harvard University. “However, a very thin sail will be required if the goal is really to achieve a fraction of the speed of light.”

“We need a very light, strong, temperature-resistant and well-reflective sail material that can occupy an area of ​​several hundred square meters,” says Heller. According to him, the material can be based on graphene with a coating of metamaterial. “If it works, then humanity can really become interstellar.”

It should also be noted that the age of Sirius is only slightly more than 200 million years according to modern data, so there is absolutely no chance to find there brothers by reason or at least the formed planetary system.