The construction of the world’s largest telescope began in Chile 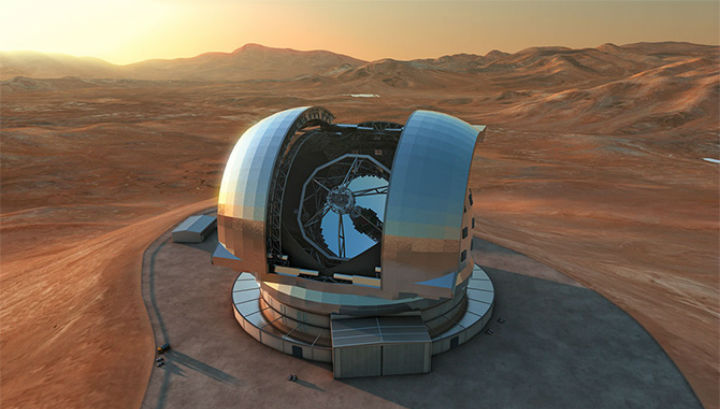 On Friday in Chile, President Michelle Bachelet launched the construction of the world’s largest telescope. Apparatus for studying exoplanets that are located outside the solar system, was called the European Extremely Large Telescope (E-ELT). It will be built in the Chilean high-altitude desert of Atacama by 2024.

The device worth 1 billion euros will be equipped with five segment mirrors, TASS reports. The diameter of the largest of them will be 39 meters, it will consist of almost 800 hexagonal mirrors (each 1.4 meters in diameter).

According to the information of the European Southern Observatory, which finances the project, the area of ​​the rotating dome of the telescope can approximately be compared with a football field (86 meters in diameter). The total weight of the structure will be 5,000 tons, of which 3,000 are moving parts.

Atakam’s large radio telescope functions today in the Atacama Desert. In total, in the astronomical observatory of La Silla, which is located here at an altitude of 2.4 thousand meters above sea level, there are 18 telescopes. Half of them are built on the funds of the European Southern Observatory, an international research organization that includes 13 countries in Europe, Brazil and Chile.