The cosmic ultraviolet can now be measured 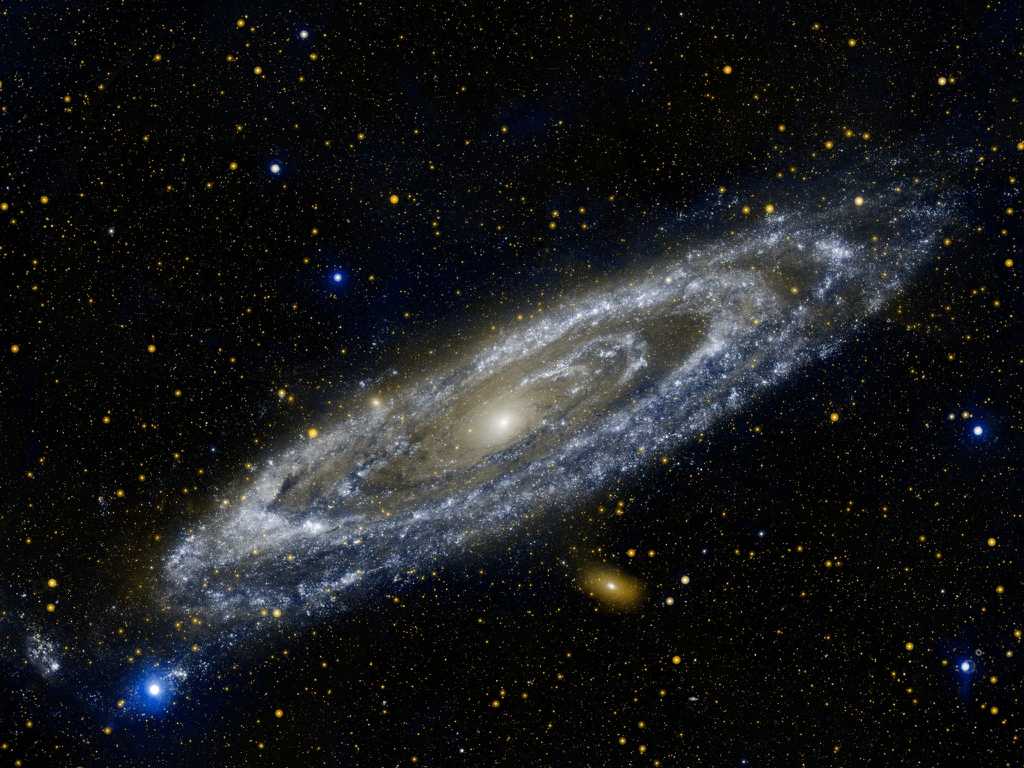 Astronomers have found a way to measure background ultraviolet radiation, ubiquitous in outer space. The team of researchers published an article on this in the Monthly Notices magazine of the Royal Astronomical Society.

Recall that, although the ultraviolet background is widespread in the universe everywhere, its direct study from the Earth, and indeed from the solar system, is considered impossible because of the intense absorption of ultraviolet by interstellar gas. The studied signal simply does not reach us. In order to circumvent this obstacle, the scientists changed the formal object of the study: the fluorescent radiation of interstellar hydrogen, excited by ultraviolet and visible on Earth (after correction for Doppler shift), was measured accurately as red. “The guinea pig” was the galaxy UGC 7321, observed by us almost strictly from the side. The participants studied the brightness of the hydrogen emission as a function of the distance to the center of the galaxy and compared the obtained concentration estimates with the calculated 21 cm of atomic hydrogen. Then, taking into account the radiation transfer, they obtained an estimate of the rate of photoionization. The result obtained was consistent with the theoretical models.

It is expected that the tried and tested technique will enable observation and mapping of the ultraviolet background of the Universe, which, in turn, will allow us to better represent the history of its development. In particular, ultraviolet radiation is suspected that there are so few galaxies in the observed universe: heating interstellar hydrogen to a temperature exceeding solar, the ultraviolet blocks its participation in star formation, depriving potential galaxies of the necessary “building material”. Large galaxies, like the Milky Way, are shut off from the radiation enveloped by clouds of gas, and small ones do not have such protection. As a result, the Milky Way has very few satellite galaxies – according to the results of numerical simulation, there should be more of them. As one participant in the study, Professor Simon Morris of the Center for Extragalactic Astronomy at the University of Durham, summed up, “Ultimately this can help us learn more about the evolution of the universe and why there are so few small galaxies in it.”

The figure below shows the galaxy UGC 7321. The dashed line indicates the spread of the fluorescent gas.