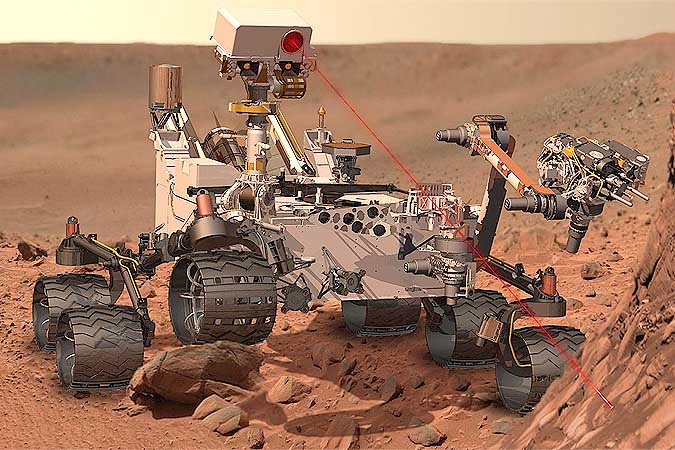 The scientific team, which manages the NASA Curiosity Rover, is taking steps to restore the operating activity of the vehicle after the segue it into “safe mode” that took place at the weekend.

Currently, the Rover Curiosity is connected with the Ground, and the status of the system remains stable. The Rover went into safe mode on 2 July, ceasing all operations, except those required for maintaining the functioning of vital systems and starting the execution of procedures to restore communications with Earth.

Currently, NASA engineers are trying to determine the cause of the transition of the robot in safe mode. According to preliminary data it could be caused by an unexpected incompatibility between the software of the camera and data processing system of the host computer. The first steps towards the recovery of the Rover will be the queries of the extended set of diagnostic data from Curiosity.

The Rover landed in the Martian crater Gale in August 2012 In the first year, conducted by the Rover on the red planet, it found out that more than three billion years ago the surface of Mars there was a water-filled lakes and rivers that support an environment conducive to the development of microbial life. In the ongoing research is planned to learn more details about these ancient wet conditions and to determine how the transition to the modern dry and less suitable for life conditions.

NASA last week approved the draft of the expanded mission of the Curiosity duration of 2 years, which will begin on October 1, 2016