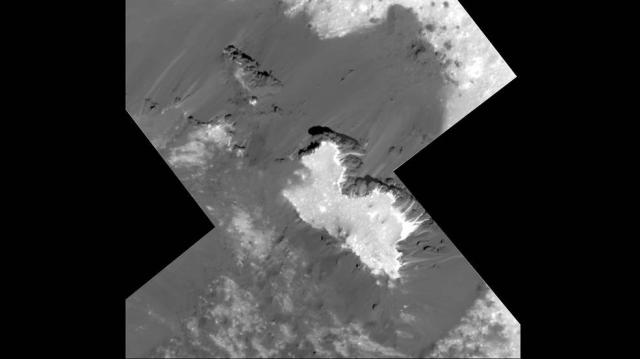 Spacecraft NASA Dawn made detailed images of the dwarf planet Ceres from the lowest orbit. The probe made a dive to the surface of Ceres, having approached this object for a distance of only 35 km. For almost three years of observation, Dawn did not approach the dwarf planet closer than 380 km.

The main goal of the study during the last rapprochement was the mysterious Occator crater, which is distinguished by bright spots. Earlier, thanks to the infrared spectrometer of the device, it was possible to find out that they consist of sodium carbonate (soda ash), often found on Earth.

The new Dawn images clearly show the transitions between dark and light rocks in the Vinalia Faculae region. The source of traces of sodium carbonate could be subsurface shallow water reservoirs or deeper sources of salt water that burst out through cracks in the surface.