The destruction of the stars and the flash 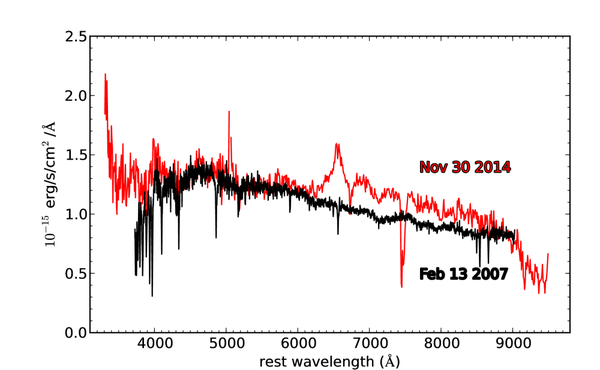 Studying catalisano disruption of a star, astrophysicists have shed light on the surprisingly elegant nature of our Universe. Far away in space, 290 million light-years away, in the heart of another galaxy, a star very similar to our own Sun, had the misfortune to approach the monster black hole.

The star was torn into small particles intense gravitational forces and produced a disk of glowing matter around the event horizon of a black hole and a strong beam of high-energy particles. This beam is known as a flash or a jet (“jet”), destroying space objects the tidal force, and travels to Earth at speeds very close to light speed.

The light from the flare reached Earth in November 2014. A team of scientists from Ohio state University (USA) just scan this area of the night sky in search of a potential supernova, and I noticed an extraordinary phenomenon. The supervision was the first in which was recorded the destruction of the stars in the ensuing outbreak.

When astronomers watched the destruction of stars, they knew that the result will see the flash. Why? So suggests a scale-invariant model of the increment or the so-called theory of dolls. Astrophysical compact objects — black holes, neutron stars or white dwarf star — like the dolls are “invested” in one another. If the objects will get a huge reserve of gas, they will produce the same stream of substance, as in the case described above.