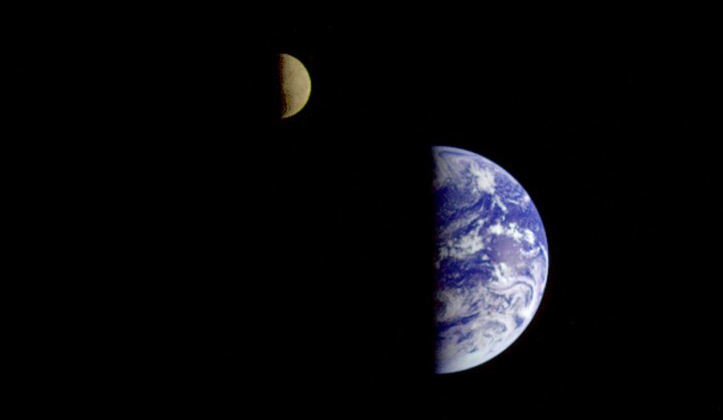 In December 1992, the Galileo machine, which was going to Jupiter, performed a gravitational maneuver in the vicinity of our planet. During the flight, the station made a series of images of the Earth and the Moon. The presented video is assembled from 52 photos captured by Galileo in the interval between December 16 and 17, 1992.

The first shots were filmed when the Galileo was at a distance of 6.15 million km from the Earth. The final – from a distance of 6.58 million km. Since the Moon’s orbit lies less than 400 thousand kilometers from our planet, this gives a difference in distance of only 6% in relation to the position of “Galileo”. Therefore, the video very clearly demonstrates the relationship between the dimensions of the Earth and the Moon.

Although the Moon may seem small compared to the Earth, but no other planet has a solar system that is so comparable in size. At the time of shooting, the Sun was on the right, illuminating about half of each body. On Earth, clouds, oceans and continents are clearly visible.