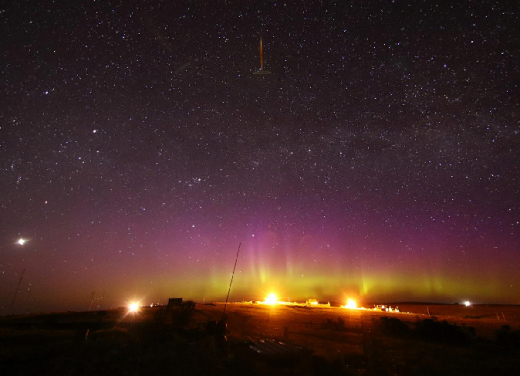 Last night, John Gray from North Della on the Scottish island of Lewis went outside to look for meteorites from the Lyrid stream, and instead photographed the glow in the atmosphere from a solar ejection.

“The show started right after midnight and lasted about 30 minutes,” he says.

The storm subsided, but the intermittent auroras continue as our planet moves along the CME trail. The small solar wind stream expected on April 22 will increase the chances of additional high-latitude auroras until April 23.