The Earth fell into the Perseid meteor shower 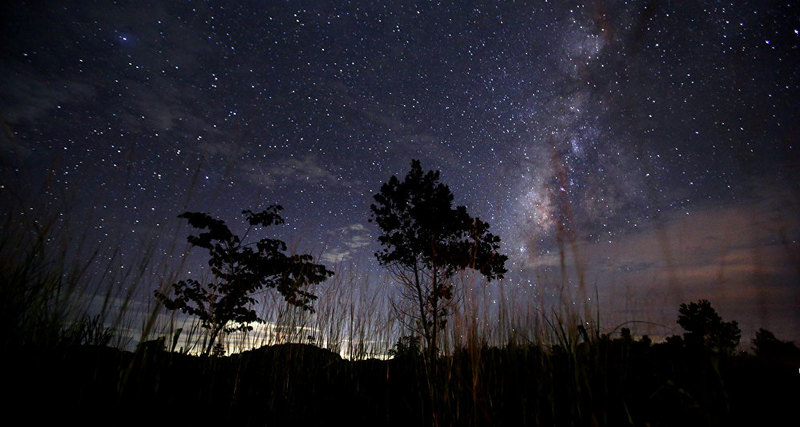 Where do the Perseids come from?

Particles of the meteor shower are generated by the Swift-Tuttle comet. Moving along a very elongated orbit, it makes one revolution around the sun in 133 years. When approaching the star, its core partially evaporates, and gases carry away grains of sand and pebbles – a trail behind them forms behind the comet.

For thousands of years, the pressure of solar radiation blurs it across the width and stretches along the orbit. The width of the Perseid meteor shower exceeds 40 million km, and the Earth crosses it for more than a month, moving around the Sun at a speed of 30 km / s. However, the densest part of the flow is already noticeable – 1.3 million km, and we cross it in about 12 hours.

Particles of Perseids meet the Earth at a speed of 53 km / s. Distance from Moscow to Yekaterinburg they would overcome in half a minute. A millimeter-sized grain of sand at this speed has the energy of a record-breaking hammer or explosion of 1 gram of TNT. She could have done a fair hole in the hull of the spaceship.

However, the concentration of particles is extremely small. To one such hit in the ISS, we would have to wait about ten years in the densest, central part of the stream. So meteoroids, despite their speed and impressive appearance when burning in the sky, pose a much smaller threat to flights than artificial orbital space debris.

This year, conditions for observing Perseids are particularly favorable. First, the maximum activity is at the time when Europe and Russia will have a night. Secondly, on August 11 there will be a new moon, which means that the moonlight will not interfere with observations.

The International Meteor Organization (IMO) predicts Perseid activity at 110 meteors per hour, and on the night of the maximum two additional bursts of activity are possible (but not guaranteed), presumably around 23:00 and 5:30 Moscow time. They are associated with the condensation of meteoric particles that have been seen in past years.

How to look at meteors

To monitor the active flow, complex training and equipment is not required: meteors are visible to the naked eye. You just need to know when and where to look, and make yourself comfortable.

Radiant Perseid is a small area in the sky, which because of the perspective effect seems to be the source of the meteors of one stream, is located, as the name implies, in the constellation Perseus. At the beginning of the night the constellation is low above the eastern horizon, the meteors of the stream are seen quite rarely, but they are long, crossing the whole sky.

In the middle of the night Perseus rises and shifts to the south, the meteors become larger. The best time for observations of the Perseids is at three to four in the morning, and in the southern regions – until five in the morning. To look directly into the radiant is not worth it, because there are not very many meteors and they are short. It is better to follow the sky area slightly away from the radiant – at the zenith, in the south and south-west.

No less interesting are the photographic observations of meteors. To do this, you need a digital camera with a wide-angle lens and remote control (from the console or computer), taking off with an exposure of at least 30 seconds. The camera is placed on a tripod or simply placed on a flat surface, pointing at the zenith. Then, one after another, frames with long exposure are made.

To catch a beautiful meteor, usually pictures with a total exposure time of two to three hours are usually required – much more than with visual observations. First, even for wide-angle lenses, the field of view is smaller than that of a person, and secondly, the camera can not turn its gaze toward the meteor that appeared at the edge of the field of view. The chances increase if you put several cameras at once, sending them to different parts of the sky, or using a fish-eye lens.