The Earth is approaching a strange green comet 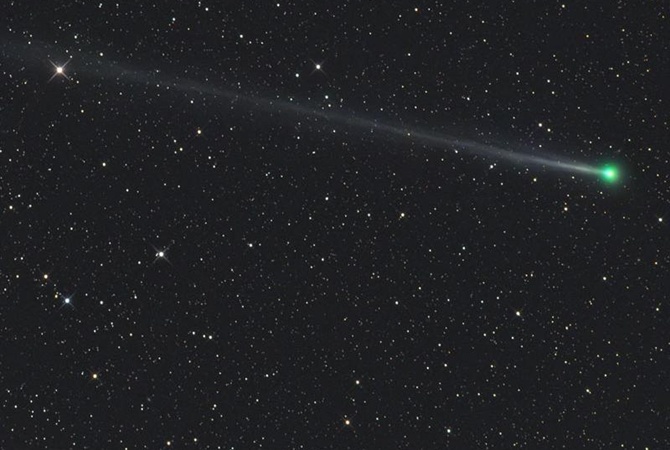 February 11 is very close to the Ground will approach the comet Honda – Mrkos – Pajdusakova (or 45P). It is quite unusual, because it spreads very bright green glow.

In this day the space object approaching our planet at a distance of 12 million. It is close enough to observe it through powerful binoculars or a telescope. Visible tailed wanderer will be in the morning for several minutes on the background of the constellation of Hercules.

Comet Honda – Mrkos – Pajdusakova was opened on 3 December 1948, the Japanese astronomer Minoru Honda. Regardless of the Japanese, the comet was also opened by the Czech astronomer Antonin Mrkos and Slovak astronomer Lyudmila Pajdusakova, so in the international designation of the comet have all three of the names of the discoverers.