The Earth is in the flow of the solar wind, the power of the aurora is off scale 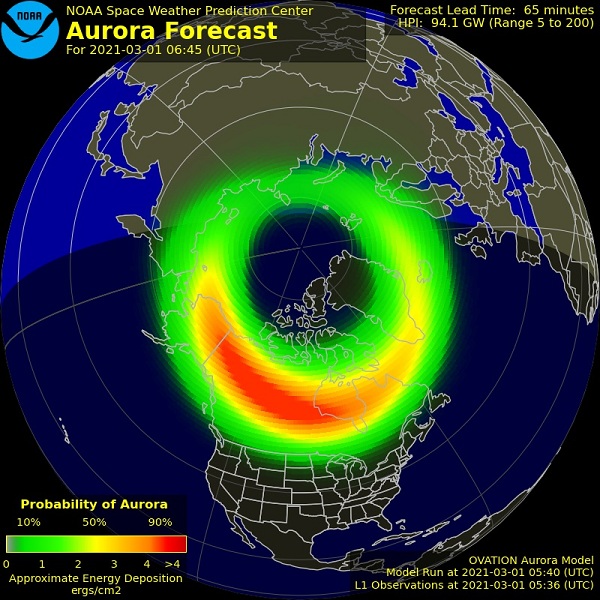 On March 1, the Earth enters a high-speed solar wind stream. A powerful outbreak of aurora is already being recorded.

Interestingly, an incredibly powerful flash of auroras indicating a geomagnetic storm, according to data from NASA’s geomagnetic monitoring data – a geomagitic storm has not yet been recorded.

The solar wind blows at over 500 km / s from the southern hole in the solar atmosphere. Its action is enhanced by cracks now opening in the Earth’s magnetic field. The solar wind, pouring through the cracks, kindles the storm.

Among other things, a new coronal ejection has occurred on the Sun, which is most likely directed towards the Earth.

The storm is coming.

NASA scientists have published a short information note in which they prepare us for the fact that March in terms of geomagnetic storms will be very “fun”.

March is the most geomagnetically active month of the year.

Why? This is the Russell-McFerron effect. Cracks open in the Earth’s magnetic field during the weeks close to the equinoxes. The solar wind ignites geomagnetic storms. In fact, this is happening right now.