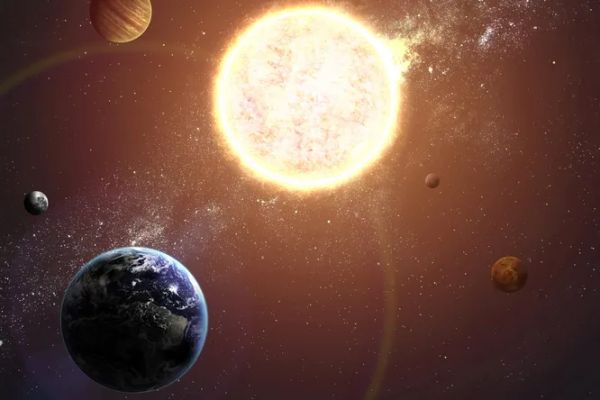 At the beginning of next year, the Earth will pass perihelion – the point of its orbit closest to the Sun.

The closest approach of the Earth and the Sun in 2021 will fall on the New Year holidays. Our planet will pass the perihelion point on January 2.

On the second day of the new year, the Earth will be as close to the Sun as possible, but there is no anomaly in this – at the very beginning of the year there will be the moment of passing the perihelion, the point of the Earth’s orbit, in which our planet annually passes at the minimum distance from the Sun.

According to experts, as far as possible from the Sun during the year, at the aphelion point, the Earth traditionally turns out to be every summer. In 2021, at the beginning of July, our planet will be at a distance of more than 152 million km from the Sun. Throughout the year, the size of the Sun’s disk changes smoothly, so the difference in the sizes of the celestial body at the points of perihelion and aphelion is imperceptible to the naked eye.

Recall that in 2020, our planet passed perihelion on Sunday, January 5, at 10:48 Moscow time. Last year, the Aphelion of the Earth took place on July 6. Changing the distance to the Sun during orbital motion does not have a noticeable effect on the climate of our planet, it is much more strongly influenced by the distribution of continents: the climate of the northern hemisphere is more continental, since there are more continents themselves. It does not depend on the distance between the Earth and the Sun and the change of seasons – this is affected by the inclination of the earth’s axis to the plane of the orbit.