The Earth’s magnetic field can destroy all life on the planet: A “geomagnetic explosion” with a power of 10 atomic bombs occurred 48,000 km from the Earth 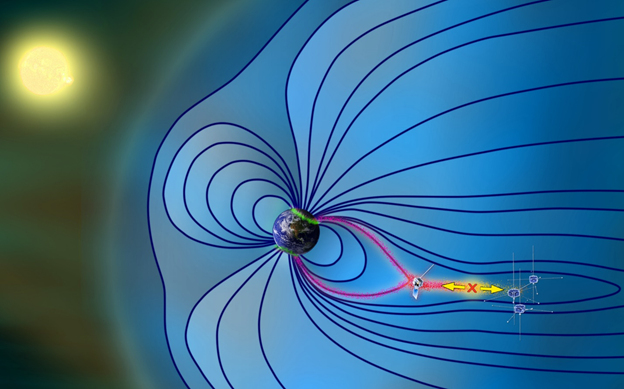 Recently, I constantly draw your attention to the fact that something very strange and not normal is happening to the Earth’s magnetic shield – magnetic storms on our planet are caused even by a slight blow of the solar wind, and polar blues and magnetic storms have practically not been at all lately stop.

Moreover, what is especially important – even with a weak effect of the solar wind, the magnetic field of our planet is turned off!

This is not normal, this is an anomaly, this is a sign of an impending catastrophe of a cosmic scale, and it is quite possible that we are on the verge of a pole flip. For us – human civilization, this event will be a disaster.

It would seem that scientists should sound the alarm and call on the authorities of all countries of the world, prepare the infrastructure and the entire state machine for this “Magnetic Apocalypse”, but do you see something similar in the media?

This is reminiscent of the situation with the “Polar Vortex”, which plunged the United States into complete chaos, and in Texas people froze to death, and this is in our “advanced” century, and not somewhere in a third world country, but in a fairly developed and very rich country. But didn’t the US authorities and scientists know what was coming? 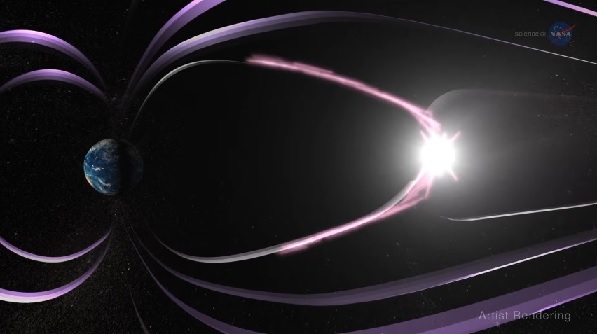 They knew. And on specialized resources, data from meteorological satellites clearly showed the approach of the “Polar Vortex” and even predicted an anomalous cooling with high accuracy of what eventually happened there.

But the authorities of a country called the United States absolutely did not pay attention to these forecasts, and for some unknown reason, the US scientists did not sound the alarm. As a result, people spent several weeks in cold unheated houses without heat, light, or water.

The only problem is that such an attitude towards real threats is observed not only in the United States, this happens in all countries of the world. Yes – you can fill people’s heads with nonsense and send waves of positive to the masses, but what should happen will happen despite the mantras about “Everything will be fine!”

We are people, unable to influence the global processes occurring on the planet and in space, the Earth’s magnetosphere or the processes of activity on the Sun. We, even into space, cannot go out and hang out in a tin can called the ISS in the upper layers of the Earth’s atmosphere, considering this to be the greatest achievement of mankind.

But we can and must – take into account what is happening to our planet and take all measures to prepare our countries, the population for what will happen. 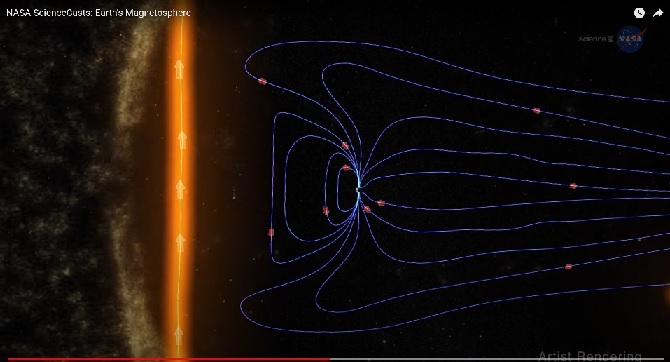 Scientists don’t know about this? I can assure you – they know and, moreover, they knew that everything had already got out of control back in 2015. Did they tell people about it?

Do you know that in 2015, just 48,000 kilometers from the Earth, there was a “magnetic pop” whose power exceeds the simultaneous explosion of 10 atomic bombs ?!

It happened on December 20, 2015, and an article by scientists describing this event was published in a scientific journal only on January 13, 2021 and it is very difficult to find it there.

An event has occurred that indicates a global failure of the “Earth’s power shield” and moreover, this shield protecting us, or rather, protecting us from cosmic radiation and clouds of solar plasma, can turn from a defense weapon into a weapon of destruction.

Destruction of us – human civilization.

Just think about the fact that five years have passed since 2015, and if in 2015 such “magnetic popping” occurred 48 thousand kilometers from the earth, now they can occur at a distance at which we can all see the event itself equal to 10 or more atomic explosions, as well as its consequences.

If this happens at close range, then the energy from the explosions of these “10 magnetic atomic bombs” will fall on us.

Is someone preparing the infrastructure for this? Population? Service? The state and its administrative apparatus? Or maybe they know, maybe they cook? The “pandemic” lockdown measures are very similar to global training for something more serious. But I will not go into this topic, since it goes beyond the facts, this is my personal opinion, but each of you can add 2 + 2 and draw your own conclusions.

Let’s return to the scientific article, which, by the way, even if it is lucky to find it, not everyone can read it. science is science, and money is more important. If you want to read the article, drive $ 9. This is such a “science” in our time.

The explosions are “more than 10 times the energy of the largest US nuclear bomb” and “recorded more than 3 times closer to Earth than usual.”

I ask readers to take seriously what happened then in 2015 and what will happen again (it may have already happened, but we do not know about it yet), but closer at that distance when the energy from this explosion provoked by our own magnetosphere will be directed directly to the ground. 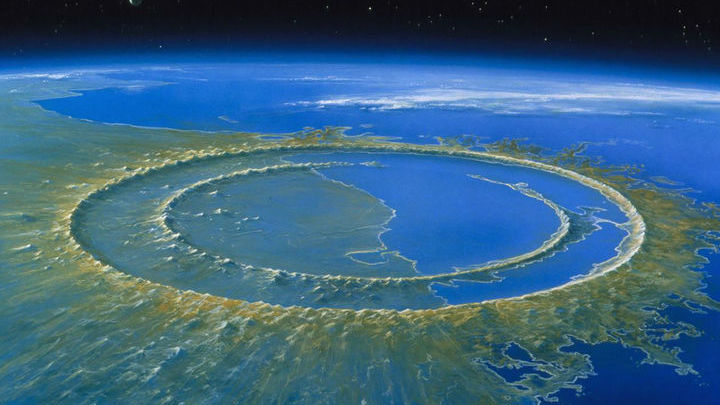 5 years have passed since that moment, and at what distance these explosions occurred and how many times after that – there is no information. We will learn about what happened then in 2015 only now in a closed, paid article by scientists.

Pay attention to the definition “Auroras are a consequence of these processes”, and now think about why in recent months the aurora on Earth has not subsided in the absence of emissions on the Sun, and the aurora is off scale in power, but the sensors of the geomagnetic storm do not show disturbances in the magnetosphere. Apparently, these “explosions” began to occur more often and even closer to the Earth.

Explosions in the Earth’s magnetic field “happen all the time,” writes Dr. Tony Phillips. “Gusts of the solar wind press on the Earth’s magnetosphere, squeezing the magnetic lines of force together. The lines cross and reconnect, literally exploding and pushing high-energy particles towards the Earth. The auroras are a consequence of this process.

Typically, these explosions occur at least 161,000 kilometers from Earth, far downstream in our planet’s magnetic tail, ”explains lead author Vasilis Angelopoulos of the University of California, Los Angeles. “However, on December 20, 2015, we observed a reconnection event at a distance of only 48,000 kilometers – more than 3 times closer than usual.”

The explosion showed that “field reconnection events” can pose a previously unknown threat to mankind, and not only for satellites in low-Earth orbit, which we can lose suddenly and immediately, but for all mankind if the energy from the explosions is directed to the earth’s surface. …

A constellation of three NASA satellites (THEMIS) was able to determine the location of the explosion in 2015 and it was “right on the doorstep” of the belt of geostationary satellites.

Prior to this event, scientists believed that such an event in such proximity to the Earth is impossible. The nearest magnetic field before the Earth was too stable for such explosions.

“Now we know that this is not so,” says Angelopoulos. “The data from THEMIS satellites is reliable. It really happened. ”

The original study, titled “Magnetic Explosions Discovered at the Earth’s doorstep,” was only published on January 13, 2020 in the journal Nature Physics.

Why does this bother me and why should it bother all of us?

I am afraid that this decrease in the power of the magnetic field of our planet will allow such explosions to occur even closer to the Earth and this will not only deprive humanity of all satellites, but also subject it to “geomagnetic bombardment” with the power of explosive energy, which will be comparable to carpet nuclear bombings of the surface of our planets.

You may want to read Robert W. Felix’s book “Magnetic Reversals and Evolutionary Leaps – The True Origin of Species”.