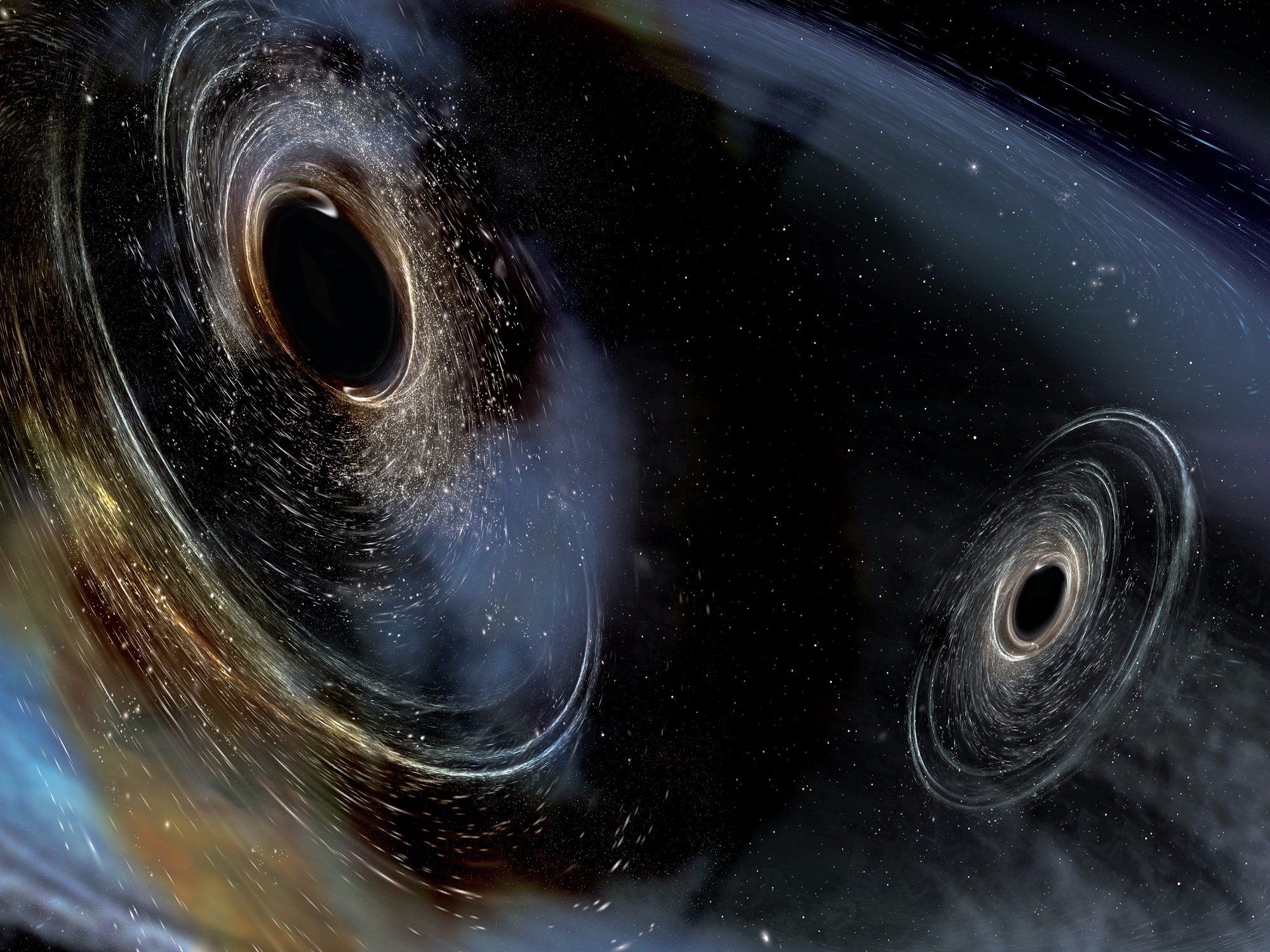 The discovery of gravitational waves from colliding black holes by the LIGO experiment has opened up new opportunities for astronomy. Perhaps, thanks to a new study, we will register them much more often.

New data obtained by the Rochester Institute of Technology (RTI), presented a new proof of the presence in the edges of spiral galaxies of a set of massive black holes. These regions, previously lost sight of, can be considered new areas for observing gravitational waves that appear in the collision of black holes.

The study “rewinds” the time of black holes back, analyzing their visible predecessors – supernovas with collapsing nuclei. The slow decay of these massive stars creates bright signatures in the electromagnetic spectrum, before the stellar evolution turns their black holes.

Using a survey of the nearest galaxies of the supernova search program of the Lika Observatory, a team of scientists compared the number of supernovas in the outer parts of spiral galaxies with the already known information on dwarf galaxies. They found that at the edges of typical spiral galaxies and satellite galaxies, a supernova collapse occurs about once every thousand years. The study, entitled “The number of supernovas beyond the optical radius” (Supernova Rate beyond the Optical Radius) will be published in the next issue of the journal Astrophysical Journal Letters.

A low level of elements heavier than hydrogen and helium in dwarf galaxies creates favorable conditions for the formation of black holes and the creation of binary systems. A similar galactic medium in the outer disks of spiral galaxies also creates a “hunting ground” for black holes, according to Sukan Chakrabarti, the lead author of the study and assistant professor of the School of Physics and Astronomy at the RTI. 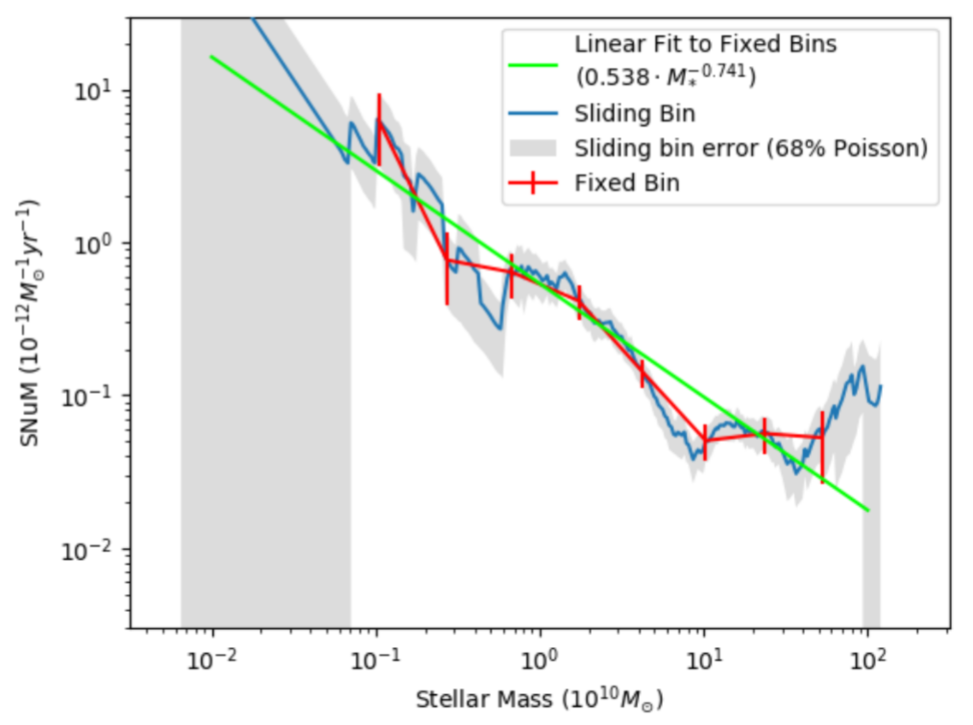 The specific number of supernovae at the edges of galaxies, as a function of the stellar mass in the form of a graph of the corresponding function / RIT

“If these collapsing supernovae are the precursors of the double black holes recorded by LIGO, then our findings are a reliable method for determining the galaxies – LIGO signal sources – since these black holes have an electromagnetic twin at an earlier stage of development, we can determine their location in the sky and, thus, look for massive black holes. ”

The data of the new study complement the studies conducted by Chakrabarty in 2017, which showed that the outer parts of spiral galaxies can contribute to the degree of LIGO detection of gravitational waves. These regions form stars at a speed comparable to dwarf galaxies, and have a low content of heavy elements, which again contributes to the formation of black holes. The current study isolates potential candidates to these galactic regions.

“Now we see how important both parts of the picture are,” says Chakrabarty, “further, we will conduct more in-depth research to understand whether we can improve performance.”

Co-author of the study Brennan Dell, who recently graduated from the computer science program of the RTI, analyzed the data together with Chakrabarty during the bachelor’s practice.

“This work can help us determine which galaxies we should pay attention to as part of electromagnetic copies of massive black holes,” Dell said.