The emergence of life on Earth associated with planets-giants 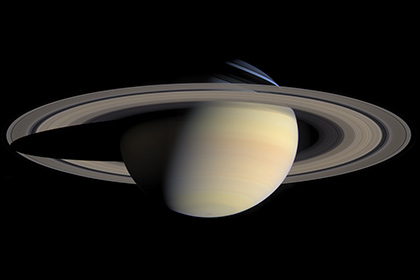 Astronomers from the University of Lund (Sweden) called the conditions of the existence of giant exoplanets, the implementation of which will ensure the survival of Earth-like celestial bodies. The study is published at arXiv.org.

Scientists are of the opinion that silnovytyanutye trajectory of a few giant planets can alter the orbits of potentially habitable rocky planets. In their study, astronomers have listed the conditions for this.

The most stable is the system of the four giant exoplanets, different masses. An example can be seen in the solar system, where Jupiter, Saturn, Uranus and Neptune are in a stable condition and does not disturb the terrestrial planets.

If the three giants, the system is dynamically unstable. This leads to the fact that large exoplanets can perturb the orbits of Earth-like motion of celestial bodies and, as a consequence, make the conditions for them uninhabitable.

The simulation showed that giant exoplanets whose trajectories have an eccentricity (elongation trajectory parameter) greater than 0.4, there are usually only three major planets, systems in which the presence of internal rocky celestial bodies are unlikely.

If revolves around the sun-like star with a giant semi-major axis equal to the five astronomical units, and eccentricity – 0.2, then the probability of perturbation of the planets in their orbits potentially habitable zone is 50 percent.

Increasing the semi-major axis and eccentricity reduction leads to a reduction of this parameter and, as a consequence, the growth conditions for the emergence of life on potentially suitable for this inner rocky planets.