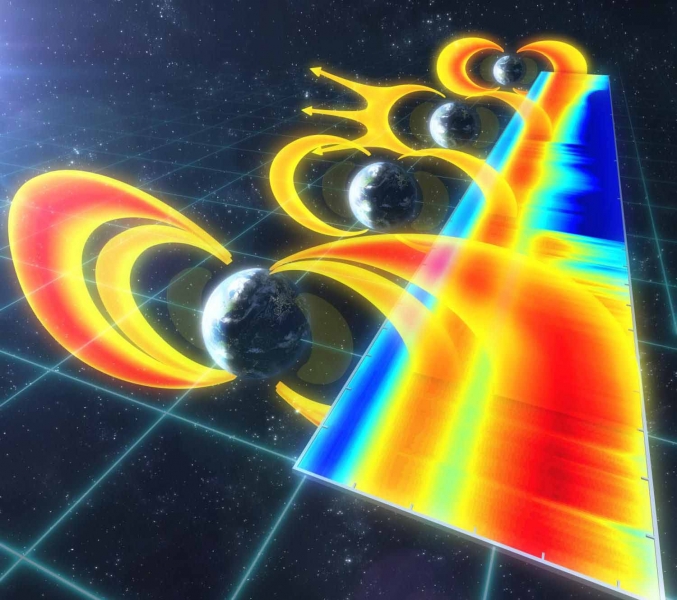 When a certain combination of conditions that gives rise to the scenic Aurora. However, when the gusts of the solar wind is particularly strong, extreme solar storms can cause considerable background radiation in the van Allen belts and the appearance of electric currents that can cause damage to power grids on the Earth’s surface. It threatens a loss of trillions of dollars.

In the new study, researchers from the University of Alberta, Canada, led by Ian Mann, Professor of physics at this University, first show that the mysterious third radiation belt called van Allen “cosmic tsunami”. Intensive so-called extremely low-frequency plasma wave excited in the whole magnetosphere, carry the external part of the radiation belts to interplanetary space and form a structure called the third radiation belt and not received until now explanation.

The van Allen belt, named after its discoverer, represent a region of space within the boundaries of the magnetosphere where high-energy protons and electrons trapped by the magnetic field of the Earth. Known since 1958, these areas have been historically classified into two zones: internal and external.