The ESA has opened access to pictures of comet Churyumov – Gerasimenko

The team of the European Space Agency (ESA) published on its website photos and videos from comet Churyumov – Gerasimenko, by which flew an automatic interplanetary station Rosetta.

The European Space Agency (ESA) has posted photos from the legendary comet in the public domain. Also for the first time in history, a soft landing of the Philae device, launched on the surface of the object, was made. However, the scientists considered that they would not surprise astronomy fans with enough of these news and decided to play with them in the game, suggesting that they find a Philae probe in the photo taken on August 30, 2016 from a distance of 2.5 kilometers. 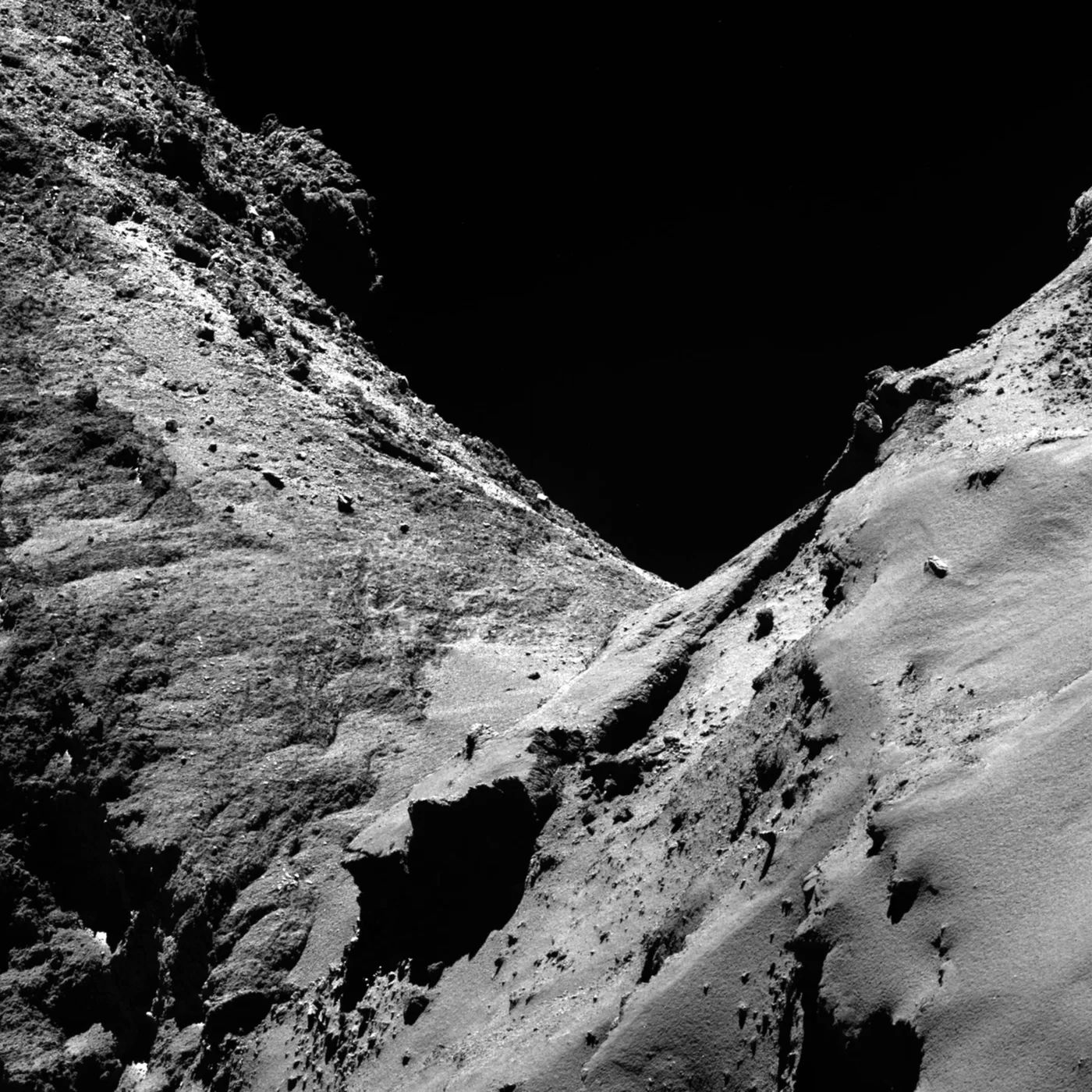 Comet 67P / Churyumov-Gerasimenko, filmed by the narrow-angle camera OSIRIS mission Rosetta. The picture was taken in March 2016, from a distance of only 17.7 kilometers (11 miles) ./ © ESA

Spoiler: you need to look at the shaded area in the upper left corner. The resolution of the image is about 4.6 centimeters per pixel. Open the photo in full size and see the probe on it by the link. At the maximum magnification, when one pixel is about five centimeters, the probe looks like the photo below. 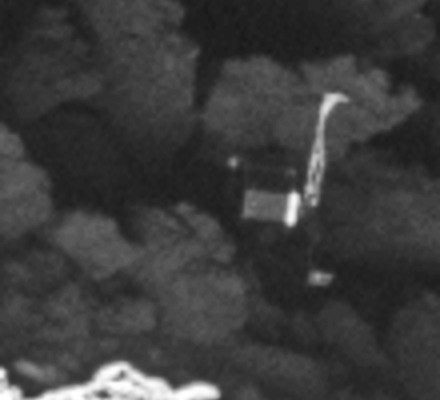 The image is enlarged / © ESA

The picture was taken on September 2, 2016 from a distance of 2.7 kilometers. The dimensions of the probe are about one meter.

Rosetta – the first spacecraft that entered the orbit of a comet. When on September 30, 2016 Rosetta collided with a comet, she completed a 12-year mission. During its trip, the mission of Rosetta ESA has collected a huge collection of photo and video data that will allow astronomers to better understand the solar system. Thanks to the painstaking work of the OSIRIS mission, over 100,000 images of the comet, two asteroids, Earth and Mars in high resolution can be found on the web and freely used for their own purposes.

“All images are archived and, finally, are available for sharing. This is a fantastic experience! “Holger Sears, OSIRIS chief researcher, shared his emotions.” We are also pleased to announce that all images of OSIRIS are now available under the Creative Commons license, which means that anyone can use them. ” 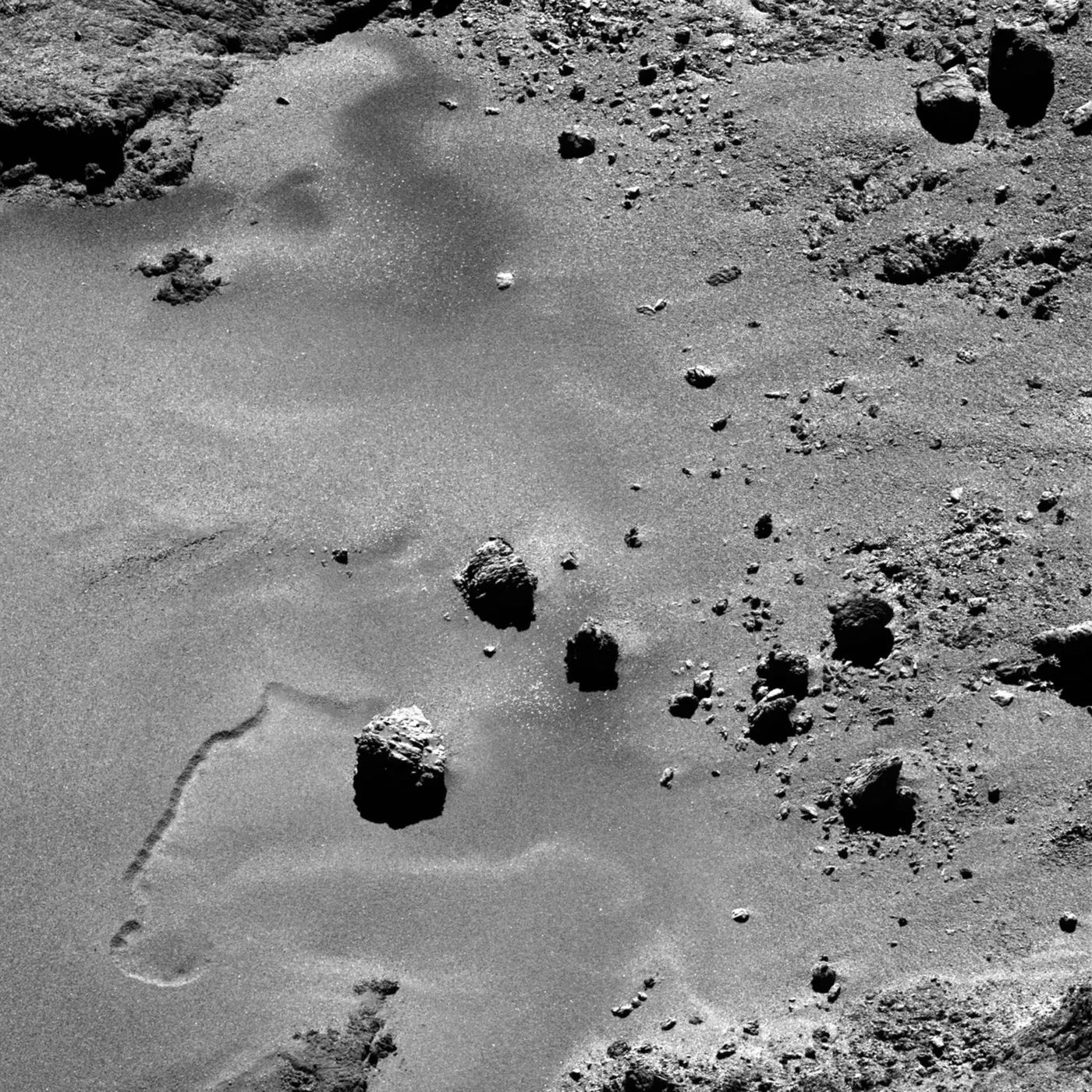 The image is enlarged. / © ESA