The evolution of massive clusters of galaxies 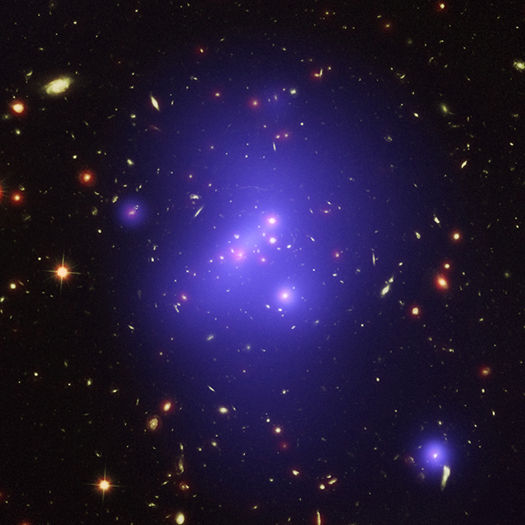 Clusters of galaxies have long been recognized as important “laboratories” for studying of processes of formation and evolution of galaxies. The emergence of new-generation telescopes to survey the sky at millimeter and submillimeter, such as telescope South Pole Telescope (SPT), made possible the identification of faint clusters of galaxies over vast swaths of sky using the effect, first discovered by Rashid Sunyaev and Yakov zel’dovich in 1969 the Essence of the effect is that when the hot electron gas inside clusters, interact with light everywhere present in the Universe cosmic microwave background radiation, they slightly increase their brightness.

With the help of telescope South Pole Telescope was recently conducted a large survey, covering approximately six percent of the entire sky and is characterized by the sensitivity and angular resolution, sufficient for detection of clusters of galaxies that existed just after four billion years after the Big Bang. One of the advantages of studying this set of galaxy clusters is that these clusters were identified by the glow of their hot gas (and not by the light of stars are members of galaxies) and this simplifies the study of the galactic composition of these clusters of galaxies and their evolution.

Astronomer at the Harvard-Smithsonian astrophysical center, USA, Brian Stalder (Stalder Brian) with a team of colleagues in a new study identified 26 most massive known galaxy clusters, each a mass of over one million billion solar masses, on the basis of data collected by means of a telescope SPT. The Stalder and his team found that the evolution of these clusters of galaxies proceeds in good agreement with modern concepts on the evolution of massive clusters of galaxies and stars in these galaxies. These models assume passive evolution in General, that is, the absence of strong collisions and emission from black holes, and imply that a large part of the processes of star formation and collisions between galaxies accounts for an earlier era preceding the study in this study. The researchers note, however, that to confirm the General nature of their findings, the necessary observations of a larger set of galaxy clusters, for which the group is currently using large ground-based optical telescopes, including the Magellan telescopes twin 6.5 meter diameter each, located in Chile.