The evolution of stars in real time 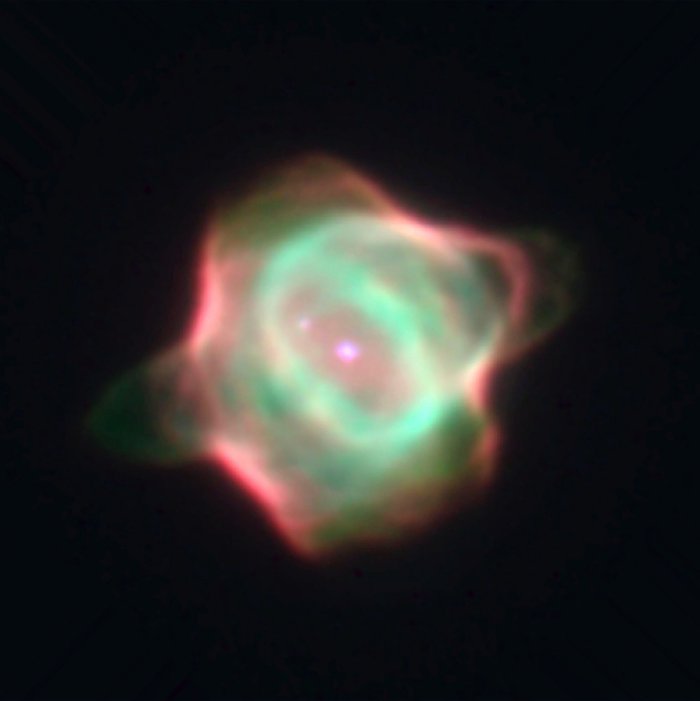 Most of the processes in the Universe is very slow, what precluded their observation throughout human life. However, the star SAO 244567 in the nebula the Stingray gave astronomers the chance to witness their evolution in real time.

This star is removed from the Earth at 2700 light years and is located in the centre of the youngest known planetary nebula, the Stingray in the constellation of the Altar. Space telescope “Hubble” made it possible to trace all the ancient metamorphoses with its temperature, size and color.

Are the animation shows the evolution of SAO 244567 in the accelerated form, ranging from 10 to 300 BC, when the star had a radius of, 152 times the size of the Sun and a surface temperature of about 3,500 °C, which gave it an orange color. At this stage of his life, the star has lost half of its original mass.

After 10,000 years she slowly shrank and its size was just 40 times more solar. At the same time its temperature is increased to 6800 °C, resulting in the color changed to light yellow. When a star is heated to about 20 000 °C, the helium in her core suddenly burst into flames.

After the outbreak in 1971, the temperature of the stars went up sharply, at that moment it was light blue and only in 4 times more than the Sun. Then it is compressed and heated up to 2002, reaching a temperature of 60,000 °C. Thus, over the 30 years it has become twice as hot.

Recent observations show that the star remains blue and hot (about 50, 000 °C), but began to cool and grow: its size is now about 2/3 of the Sun. In the next few hundred years SAO 244567 will return to its enormous size, changing the color to orange, as shown in the end of the animation.