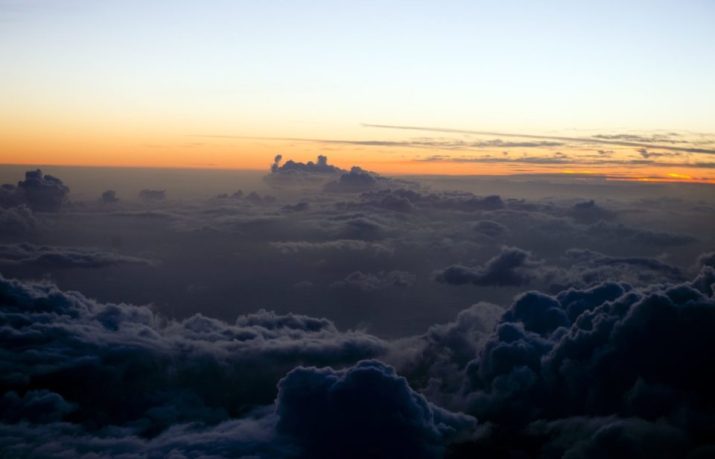 The results of the research showed that clouds are also formed by stars. A remarkable study conducted at the Technical University of Denmark explains how cosmic rays interact with the earth’s atmosphere and affect the formation of clouds.

The issues of cloud formation are very important in studying climate change. “Finally, we received the last element of the puzzle, explaining how the cosmic particles affect the terrestrial climate,” says the head of the research Henrik Svensmark. “This allows us to understand how changes in solar activity, or a supernova explosion, can affect the climate.”

Scientists have found that cosmic rays – high-energy particles emitted from exploding stars – knock out electrons from air molecules, creating positive and negative ions. The ions serve as centers of condensation of water vapor, which leads to the formation of water droplets forming clouds. The more ions – the more centers of condensation in the cloud.

It was also found out that ions help aerosols-clusters of water molecules and sulfuric acid molecules-to form and remain resistant to evaporation. To affect the cloud, small primary aerosols should grow in mass a million times.

Magnetic activity of the sun

Changes in the magnetic activity of the sun affect the flow of cosmic rays incident on the Earth. According to the researchers, during the magnetic “calm” on the Sun, the cosmic ray flux on the Earth increases, more low clouds are formed, and as a result becomes cooler, as low clouds consisting of water droplets cool the earth’s surface.

The results obtained suggest that this mechanism affected the climate changes noted in the 20th century. It could also be the cause of periodic cooling and warming, an average of 2 C⁰, occurring over the past 10,000 years as a result of changes in solar activity and, consequently, the flux of cosmic rays.

“Clouds significantly affect how much solar energy reaches the earth’s surface, so the results will have a significant impact on our understanding of both the causes of climate change in the past and possible changes in the future,” the report concludes.