The Falcon Heavy rocket sent to the cosmos, in addition to an electric vehicle, a secret cargo 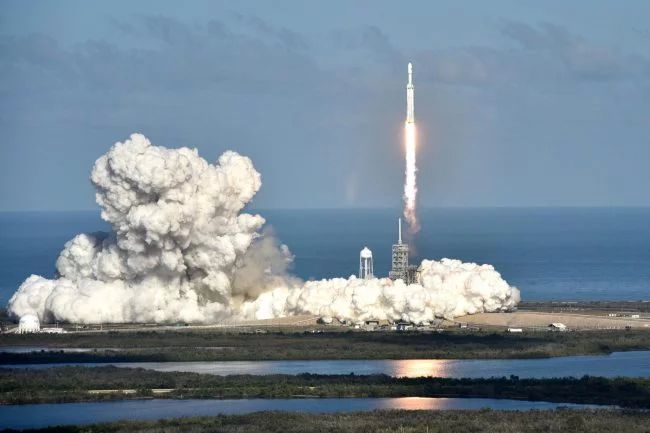 Maybe the personal electric roadster Ilona Mask and captured all the headlines of the news tapes due to the historical space launch of SpaceX, but it turns out that the super-heavy carrier rocket Falcon Heavy sent to space a second, secret cargo that almost no one knew about. Inside the red Tesla convertible, a small object is hidden, designed to serve for millions (and possibly even billions) years, even in such extreme conditions as outer space or the surface of some distant planetary bodies.

The device is called Arch (read as “arc”) and is a tiny carrier designed for long-term data storage. It contains entire libraries of information encoded inside a small disc of quartz crystal, no bigger than an ordinary coin.

Such arches “can preserve and spread the knowledge of mankind through space and time, passing them on to future generations,” the Arch Mission Foundation, a California nonprofit organization that is behind the creation of this technology, notes.

The arch looks like a much smaller DVD or Blu-ray disc, but its potential is incomparably superior to both these media, as well as any other optical media that you can still have in your home. The technology itself was developed by Peter Kazan from Southampton University, and thanks to it on such a tiny disk you can store up to 360 terabytes of information, which is roughly equivalent to 7000 Blu-ray disks.

But what is even more impressive is the long-term nature of such a carrier. As the Arch Mission Foundation points out, Arch 1.1 and Arch 1.2 have the longest lifecycle among all media ever created. Thanks to the technology of the “five-dimensional storage”, realized due to laser nanogravvirovki inside quartz glass, they are theoretically able to remain operational up to 14 billion years.

Disk Arch 1.2, called “Solar Library” (“Solar Library”), currently travels through outer space inside the roadster Ilona Mask at a speed of about 12,908 kilometers per hour. The medium contains the cycle “Founding”, consisting of seven science fiction novels by Isaac Asimov, in which the main idea is centered around the concept of preserving human knowledge and culture within the great and not forgiving mistakes of the universe. The mission of Ilona Mask perfectly corresponds to the goals of the developers of Arch, so it was decided to launch the disc with Falcon Heavy, even despite the high risk of unsuccessful launch.

“The solar library will be circling the Sun for billions of years,” says Nova Spivak, co-founder of the Arch Mission Foundation.

“Think of it as a ring of knowledge around the sun. This is only the first step of the epic project of mankind in the development, coding and dissemination of information throughout the solar system and beyond. ”

Two launches of similar disks with “lunar” and “Martian” libraries are planned for 2020 and 2030 respectively. Their task will be to preserve backup copies of the knowledge of mankind about Mars and the Moon, with the prospect that the future colonists of the Red Planet will someday catch them and use them to “seed” the first local Martian Internet. If this sounds ambitious, then the most important goal of the project will seem even more fantastic.

“Sooner or later all Ark space libraries will unite into a decentralized data transmission network that will spread to the entire Solar system. Thanks to this, people will be able to quickly share and receive new information within our system, and in the future development and expansion – and beyond, “Spivak added.

Of course, now it can sound like a wildly crazy dream. But if you doubt that this project will ever be realized, then ask yourself one simple question: could you believe that in 2018, a car will be launched into space?