The fall of the meteorite was observed in Australia 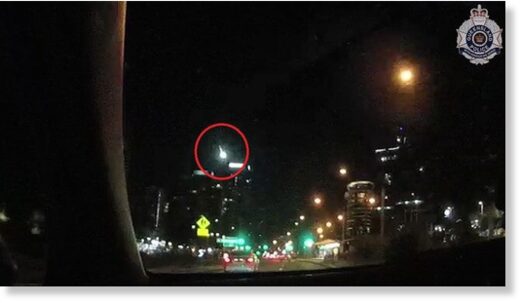 Along with the police, they managed to capture on video a meteorite entering the atmosphere over the Gold Coast.

The camera of one of the policemen captured this event. The meteorite fell, leaving a long white tail in its wake, before disappearing behind buildings.

The senior constable on duty said it was “not a sight to be seen every day, and he couldn’t believe the whole incident was captured on his body camera.”

On social media, others reported seeing a meteorite, which they called a “ball of fire.” Messages came from Logan, south of Brisbane, to the Gold Coast.

“I just saw a fireball over the northern Gold Coast, heading roughly south of Logan. I was only able to see its tail, ”one person wrote.

“The Gold Coast is just heading south. Visible for about three seconds. White light. Two big flashes when it went out, ”said another.

“I saw it from Sunny Beach,” another man wrote. “Awesome.”