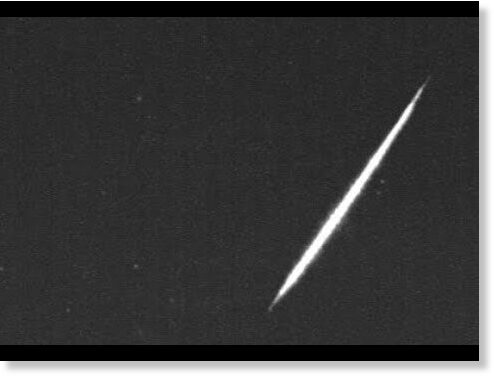 Yesterday, a meteorite falling was observed over the south of Spain, which entered the atmosphere at a speed of about 61,000 km / h.

The fall of the meteorite was visible from the southern and central regions of the country.