The farthest object in the solar system has been registered 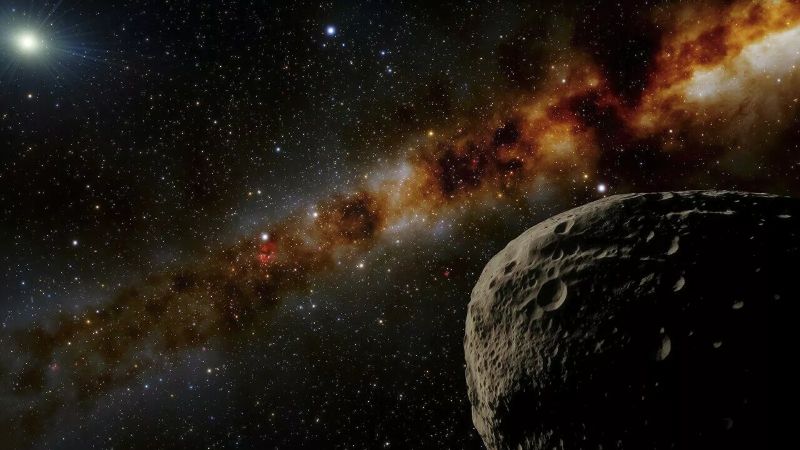 Astronomers have confirmed that the faint object 2018 AG37, discovered in 2018 and dubbed Farfarout, is indeed the most distant object observed in the solar system. Now it is officially listed in the electronic Minor Planet Circular.

Farfarout was first seen in January 2018 with the Subaru telescope located on Maunakea Island in Hawaii. Its discoverers could not immediately name the distance to the object and calculate its orbit; this took time and additional observations. Now, with the help of the Gemini International Observatory and other ground-based telescopes, astronomers have figured out the parameters of this most distant object in the solar system available for observation.

Studies have shown that the diameter of Farfarout is about 400 kilometers, and its orbit is very elongated – at the farthest point, the object is 175 astronomical units from the Sun, and at the closest point – in 27 astronomical units.

Farfarout takes about a thousand years to make one complete revolution around the Sun, and each time it crosses the orbit of Neptune. Scientists have come to the conclusion that it was the gravity of the “ice giant” that gave the planetoid such an unusual trajectory.

“Farfarout’s orbital dynamics can help us understand how Neptune formed and developed. Farfarout was likely ejected into the outer solar system, being too close to Neptune in the distant past,” the National Research Laboratory for Optical Infrared Astronomy of the National Research Foundation of the United States (NOIRLab NSF), which operates the Gemini Observatory, according to co-author Chad Trujillo from Northern Arizona University.

The pioneers of Farfarout are confident that improved observation methods will allow the discovery of even more distant objects on the outskirts of the solar system in the coming years, and Farfarout’s record will not last long.

“Only with the development of large digital cameras on very large telescopes over the past few years has it become possible to efficiently detect very distant objects such as Farfarout,” said study leader Scott Sheppard of the Carnegie Institute of Science. “Although some of these objects are quite large the size of dwarf planets, they are very dim due to their great distance from the Sun. The Farfarout discovery shows our growing ability to map the outer solar system. Farfarut is just the tip of the iceberg of distant objects. ”

What exactly Farfarout is and what shape it has is still unknown. Scientists determined its size based on the brightness of the signal, which was captured only nine times in two years. Most likely, according to the researchers, this is a very large object of irregular shape in the Kuiper belt, falling into the category of dwarf planets by its parameters.