The fastest supernova accelerated its own explosion 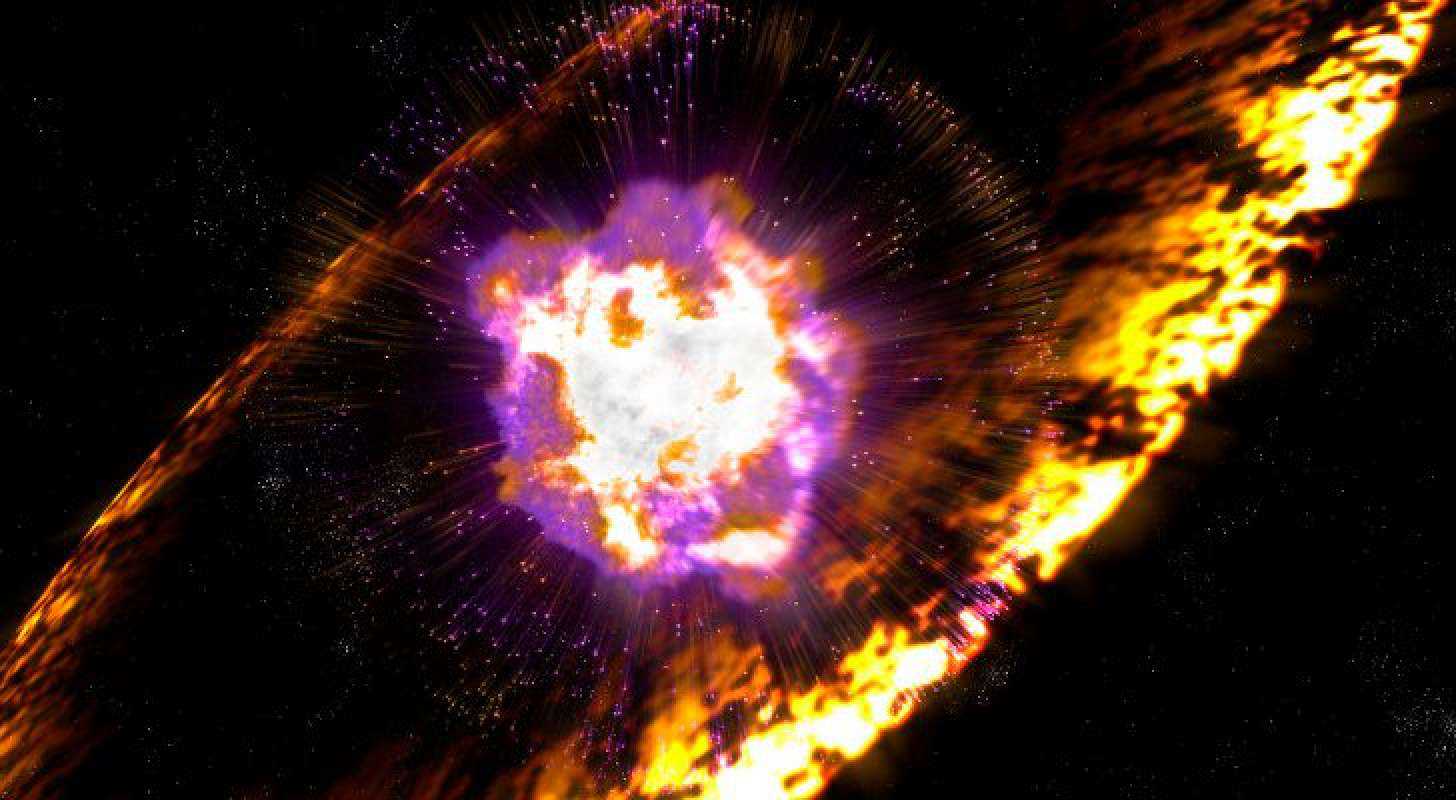 The fastest supernova explosion that ever could be observed reached a brightness peak in just two days. As a rule, this takes weeks.

Supernova called the gravitational collapse of a massive (20 times or more heavier than the Sun) star, in the bowels of which ended hydrogen fuel. This is the last stage of its life cycle. After the supernova, a huge cloud of explosive matter is left and, depending on its mass, a neutron star or a black hole. Usually the collapse lasts quite a long time: the supernova reaches its maximum brightness in a few weeks or even months, and it takes even more time to make the radiation intensity fall to a minimum. For example, it is known from Chinese chronicles that the outbreak of the 1054 supernova that spawned the Crab nebula was visible from the Earth with the naked eye for 23 days.

Astrophysicist Armin Rest from the Space Research Institute with the help of the space telescope in Baltimore discovered in the data of the Kepler observatory a supernova that gained maximum brightness for a couple of days and faded in a week. By the standards of supernovae this is a very rapid explosion. 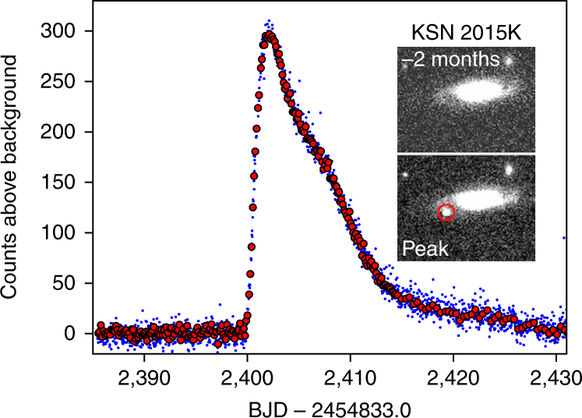 As a rule, fast supernovae are less bright than those that explode for a long time; in such cases, the difference in the duration of the explosion is explained by the fact that only a part of the substance of the star collapses. This type of explosion was discovered in 2013 and was named Iax (conventional supernovae, bright and long-lived, are of type Ia). Presumably, explosions of the type Iax are characteristic for binary systems of main sequence stars and white dwarfs, which attract the substance of their stellar “neighbor”. When the mass of the drawn substance reaches the threshold, a gravitational collapse occurs, but less scale than in the case of type Ia explosion. Perhaps, in some cases, the white dwarf even continues to exist – although, losing its companion in a dual system.

The KSN 2015K supernova explosion observed by Rest was of type Ia: it was very bright, so it can not be explained by the partial collapse of a white dwarf who “stole” the matter of another star. In recent years, scientists have observed several such bright and fast supernovae, and the KSN 2015K is the “fastest” of them.

Rest and his colleagues took a lot of pictures of KSN 2015K: the flash was taken every half hour, although usually one or three pictures can be taken in two days. On this material the team of Rest built an explosion model KSN 2015K. Scientists believe that, most likely, the explosion started as relatively dim, but then some event gave the supernova additional energy. There is an assumption about what happened. About two months before the outbreak, which was recorded by Kepler, an explosion of a smaller scale pushed out part of the matter of the dying star outward. Discarded matter formed a sphere of dense gas around it. When a real supernova explosion followed, its external shock wave collided with a gas sphere and generated a backwash, which greatly increased the brightness of the supernova and accelerated the increase in brightness.

There are other supernovae that do not quite fit the standard descriptions. In November 2017, scientists described the “immortal” supernova iPTF14hls, whose luminosity curve was more like a cardiogram than a classic “hook”. During the time of observation, this star exploded at least five times – a common explanation for such a course of events has not yet been found.