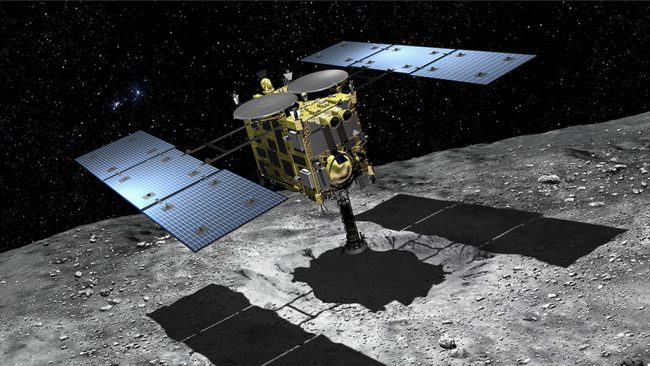 From 10 to 12 September the Japanese probe “Hayabusa-2” conducted a trial approach to the surface of Ryugu. However, having reached a height of 600, which is much higher than the planned lower point of approach to the surface, the device’s electronics suddenly stopped descending, and then gave the probe the command to again gain altitude and move away from Ryuga.

As indicated on the website of the space agency, the laser altimeter (lidar) of the spacecraft was unable to determine the correct distance between the probe and the surface of the asteroid. Lidar measures the distance using a laser beam reflected from the surface of the object. A possible reason for the failure of the trial approach is the low reflectivity of the Ryuga surface, the agency’s website writes.

At the moment, the device is fully operational and returns to the main 20-kilometer orbit around the asteroid. Further, the mission team plans to review the descent procedure, as well as the parameters of the laser altimeter operation.

Recall that on board the Hayabus-2 there are four descent vehicles: three mini-rovers MINERVA-II, as well as a landing module MASCOT. In addition, scientists want to shoot a surface of the asteroid Rjugu with a bursting projectile, and then collect samples of its soil and send them to Earth.