The first data from the mission device TGO “ExoMars” 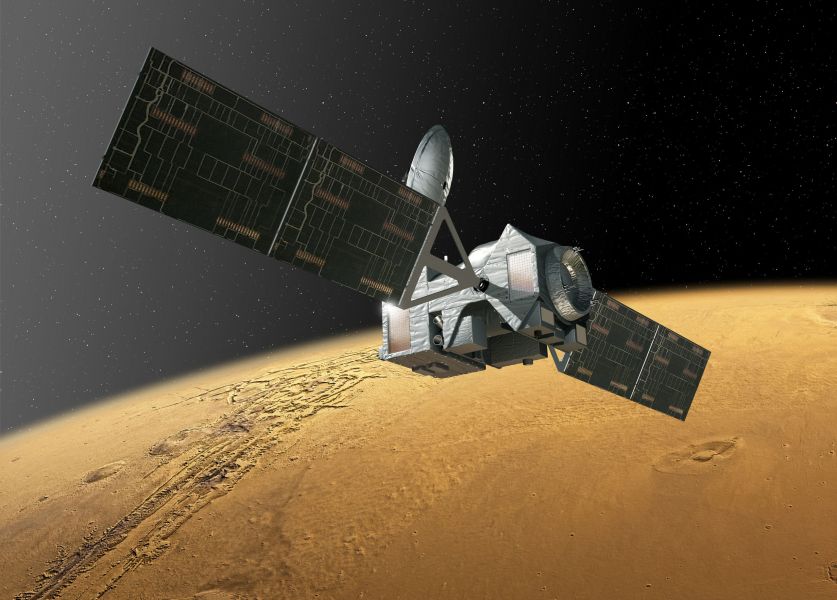 Though the demonstration Skiaparelli module also showed that to some space agencies still to work and work on successful landing to Mars, but you shouldn’t forget that it was only an accessory of first it of a mission of ExoMars. Its main part is the orbital device TGO. He will be engaged in studying of the Martian atmosphere and will try to determine sources of methane in it. These data will be used for the choice of the place of landing of the Pasteur mars rover which is planned to start in the 2020th year within the second stage of a mission ExoMars.

Now TGO is in the extended elliptic orbit. To start accomplishment of the scientific program, the station needs to pass to a circular orbit. The aero braking method is for this purpose used. But it requires time so TGO will begin full observations not earlier than February. And meanwhile engineers carried out test turning on of all devices established onboard the station.

TGO successfully made several pictures of the Martian surface, made spectrometer observations and activated the detector of neutrons. Besides, TGO worked as a repeater a little, having sent information from Curiosity and Opportunity mars rovers. Result of tests — all equipment and devices work as it is necessary. So it is necessary only to wait for the next year when TGO earns to the full extent and will start searches of the answer to a question of sources of the Martian methane.