The Five Hottest Places in the Universe 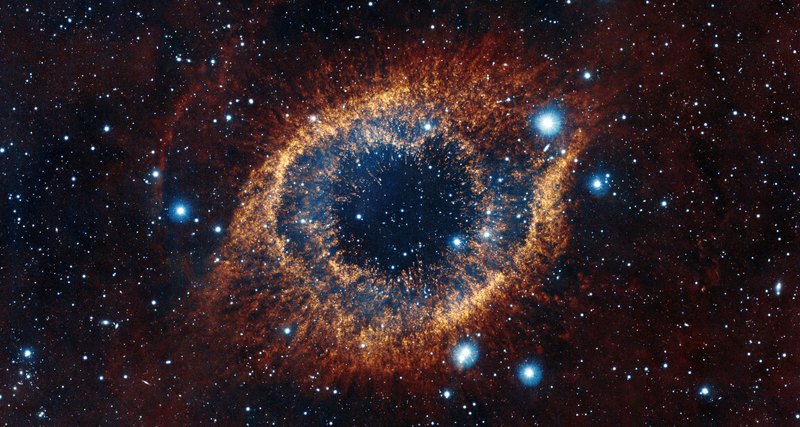 The substance, which occupies the first place in this list, does not exist for almost 15 billion years. And in second place – our Earth, more precisely, particle accelerator near Geneva, where in 2012 we got a temperature above which the Universe did not know since the beginning of time.

It is unlikely to beat this temperature record; at the time of birth, our universe had a temperature of about 1032 K, and by the word “moment” we here mean not a second, but a Planck unit of time equal to 5 10-44 seconds. In this literally immeasurably short time the universe was so hot that we have no idea what laws it existed; at such energies, even fundamental particles do not exist.

The second place in the list of the hottest places (or moments of time, in this case there is no difference) after the Big Bang is our blue planet. In 2012, heavy ions were broken up at 99% of the speed of light at the Large Hadron Collider of Physics, and for a brief instant they got a temperature of 5.5 trillion Kelvin (5 * 1012) (or degrees Celsius – on this scale it is one and the same).

1011 K is the temperature inside the newborn neutron star. The substance at this temperature is not at all like the forms that we are accustomed to. The bowels of neutron stars consist of a boiling “soup” of electrons, neutrons and other elements. In just a few minutes, the star cools down to 10 9 K, and for the first hundred years of existence – another order of magnitude.

The temperature inside the fireball of a nuclear explosion is about 20,000 K. This is greater than the temperature at the surface of most main sequence stars.

5. The hottest stars (except neutrons)

The surface temperature of the sun is about six thousand degrees, but this is not the limit for the stars; the hottest of the known to date stars, WR 102 in the constellation of Sagittarius, is heated to 210 000 K – this is ten times hotter than an atomic explosion. Such hot stars are relatively few (in the Milky Way they were found about a hundred, as many in other galaxies), they are 10-15 times more massive than the Sun and much brighter than it.