The flight around Mercury 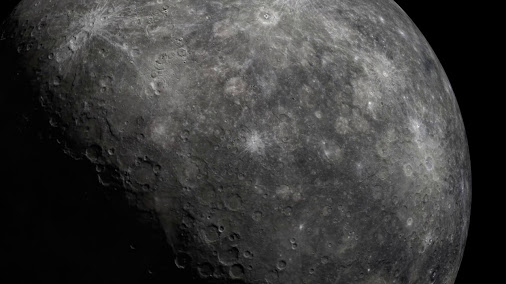 Would you like to fly over Mercury, the closest planet to the Sun? Images and data from NASA’s robotic NASA “Messenger”, which was in orbit of Mercury from 2011 to 2015, were combined to recreate a virtual flight showing much of the hot surface of the celestial body.

In general, this intimate world of the solar system is similar to the Moon, covered with gray crater terrain. “Messenger” learned a lot about Mercury, including the fact that the shadows at his poles probably contain water ice.

At the beginning of the video Mercury is shown from the side facing the Sun, and at the end the virtual spacecraft, lit by bright sunset rays, leaves into the night.

Mercury rotates so slowly that for every two turns around the Sun, it makes only three full turns around its axis. In 2018, Europe and Japan are planning to launch a BepiColombo device to Mercury in order to better display its surface and to explore its magnetic field.