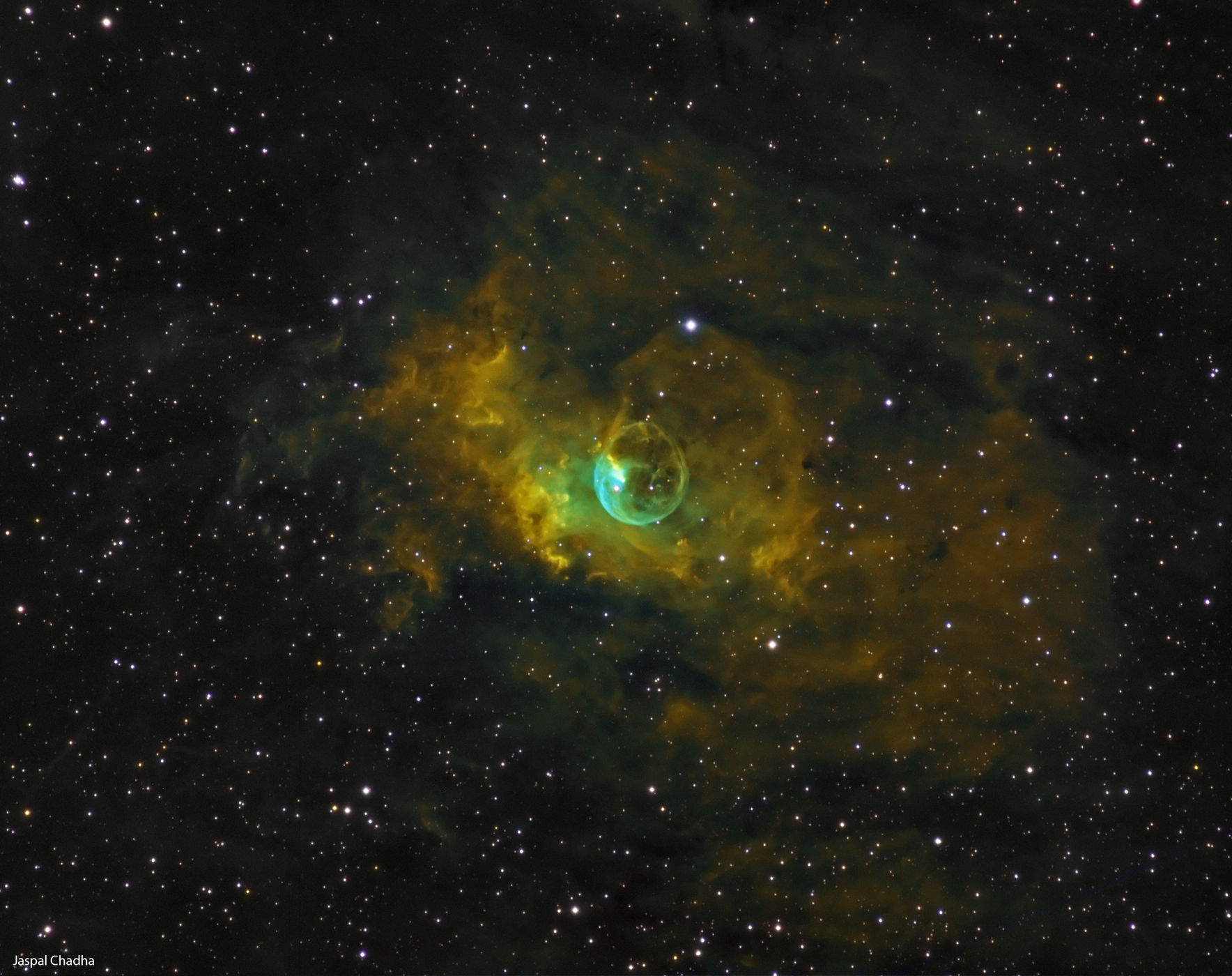 The amateur astrophotographer Dzhaspal Kada photographed an issue fog the fog Puzyr, known under the name, directly from the backyard in suburbs of London. This fog is located in the constellation Cassiopeia apart of 7 100 light years from our planet.

The fog Puzyr was for the first time found by the legendary astronomer William Gershel on November 3, 1787. In the world of astronomy it is known under designations: NGC 7635, LBN 549, Sharpless 162, Caldwell 11.

As scientists explain, this object was created result of star wind from a hot large star like Wolf’s Star – Raye SAO 20575. The fog is nothing else as the huge molecular cloud located apart 7,100 – 11,000 light years from the Sun.

The photo presented yours was made in April, 2015 by means of the Takahashi 130 telescope and the qsi 690 ccd digital camera, and also mount of ioptron cem60.