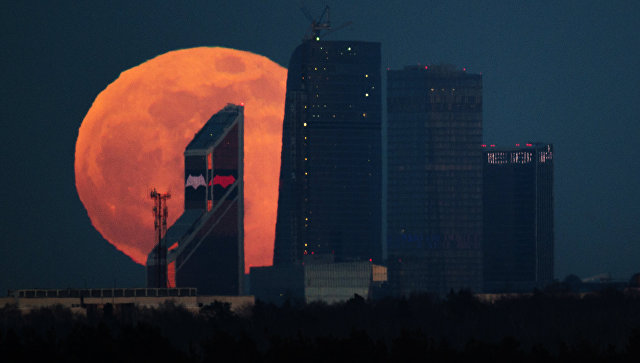 The most beautiful shooting stars of the northern hemisphere of Earth — Geminid on the night of December 14 will eclipse light of the full Moon, it is told in the message of the Moscow Planetarium.

Annually, from December 4 to December 17, in the night sky one of the richest and most beautiful meteor showers of the northern hemisphere of Earth — Geminida is observed. This phenomenon occurs because the mother Earth in December passes through a swarm of the small particles which are thrown out in space by an asteroid the Phaeton. The stream flies not towards to Earth, and catches up with it therefore the speed of meteors low — about 35 km/s. In the peak of activity Geminid it is possible to observe up to one hundred flashing meteors an hour.

“The activity maximum Geminid falls on December 14, 2016 at 3:00 Moscow time, falling to 120 meteors in an hour is expected. But the Moon this night will be in a perigee (in the most short distance from Earth) and at 3:06 Moscow time will enter a full moon phase – there will be the third supermoon of year, and it will make observation of meteors very adverse. Light of the full Moon will be so bright that almost completely will eclipse “shooting stars”. On condition of cloudless weather it will be possible to see only the brightest meteors. Geminida — not really bystry, bright and almost not having traces meteors of white color” — it is noted in the message.

The beginning of astronomical winter is necessary on the date of a winter solstice
Unlike the majority of other meteor showers, Geminid is the primogenitor not a comet, but the object opened in 1983 by means of the infrared space telescope and the called 3200 Phaeton (3200 Phaethon).

It isn’t a comet as he has neither coma, nor a tail. Astronomers carry it to intermediate objects which represent something between asteroids and comets. The orbit of the Phaeton is very extended that allows it, in the course of the movement around the Sun to cross orbits of all four planets of terrestrial group from Mercury to Mars. It is interesting that at the same time he approaches the Sun closer than any other known asteroid (the record belongs to an asteroid 2006 HY51), thanks to what he also has been called in honor of the hero of the Greek myth about the Phaeton, the son of god of the Sun Helios.

Each 1,5 years the Phaeton approaches the Sun on distance which more than twice exceeds a planet perihelion Mercury, at the same time Phaeton speed near the Sun can reach nearly 200 km/s (720 000 km/h). Researches of a meteor shower have shown that his meteoric particles have age of an order of 1000. That is, if the Phaeton was a comet, then for 1000 it has made many revolutions around the Sun therefore ice from her kernel all has evaporated, and a tail at a comet disappeared, from a kernel there was only a stone skeleton.

Have received the name of Geminida from the name of the constellation Gemini in which there is a stream radiant (area of a departure of meteors). The radiant Geminid is located near a bright star Kastor. The meteor shower in the constellation of Twins has been open at the end of the 20th century. Geminida is the beautiful meteoric giant stream surpassing all other meteor showers in quantity of “the falling stars” including August Perseida.