The galaxy Swan And discovered an unknown object 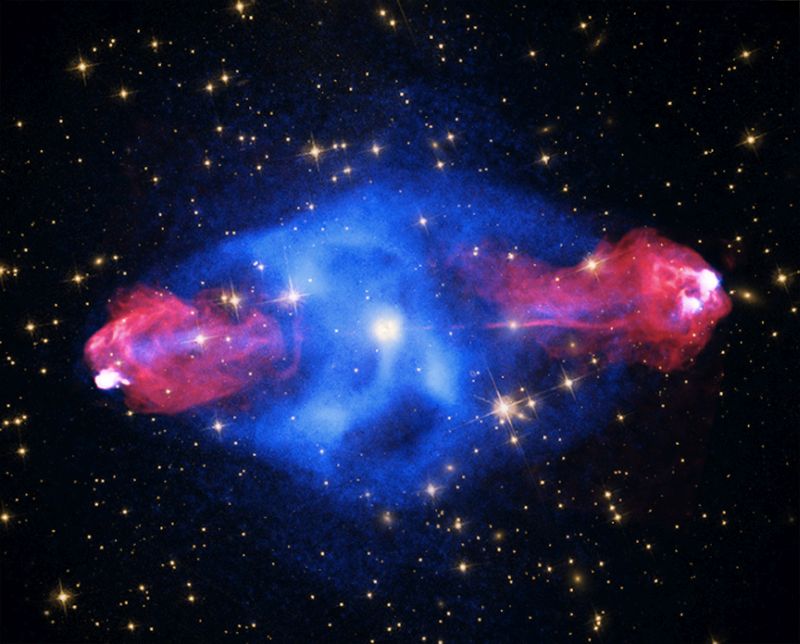 Swan And is one of the most powerful known emitters. This elliptical galaxy, remote from us at 800 million years. In the late 1980s, it was repeatedly observed range of radio telescopes and the VLA. It turned out that from the center of Swan And come two powerful jet — product of the action of a supermassive black hole lurking at its center. The stuff in the “tips” these jets are actively interacts with the surrounding intergalactic space, forming a shock wave that as a result leads to intense radio emission. In his novel “Contact” Carl Sagan made a Swan And a product of astroengineering alien civilizations, trying to stop the expansion of the Universe.

But without fantasy Swan And presented a small surprise. For the first time since the late 1980s observations of the galaxy, the VLA complex found near its centre a bright new source of radiation. It is located at a distance of 1300 light years from the nucleus. Who discovered the object, a team of astronomers reviewed the archive of old images of the Swan and noticed his footprints in the done in 2003 of the infrared images of the Keck Observatory, and on a couple of pictures of Hubble. His identification was hampered by the fact that the object is not too noticeable in the visible spectrum. 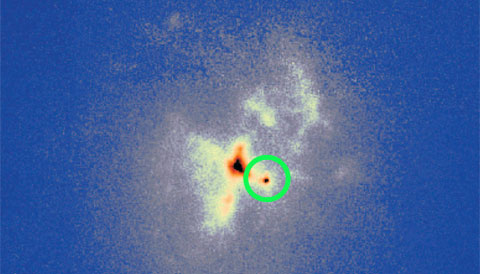 As to the nature of the object that astronomers claim that this is not a background object. According to their theory, it may present a cluster of old stars — the remnants of the galactic core, once absorbed by Sagittarius A. the center also is a supermassive black hole. If she swallowed some object, it could “awaken” it, making visible in the radio. Well, maybe it really is the work of an alien civilization, tightening into a Swan And matter, to save the Universe. I think this is not a bad option.