The galaxy which was considered wrong was spiral 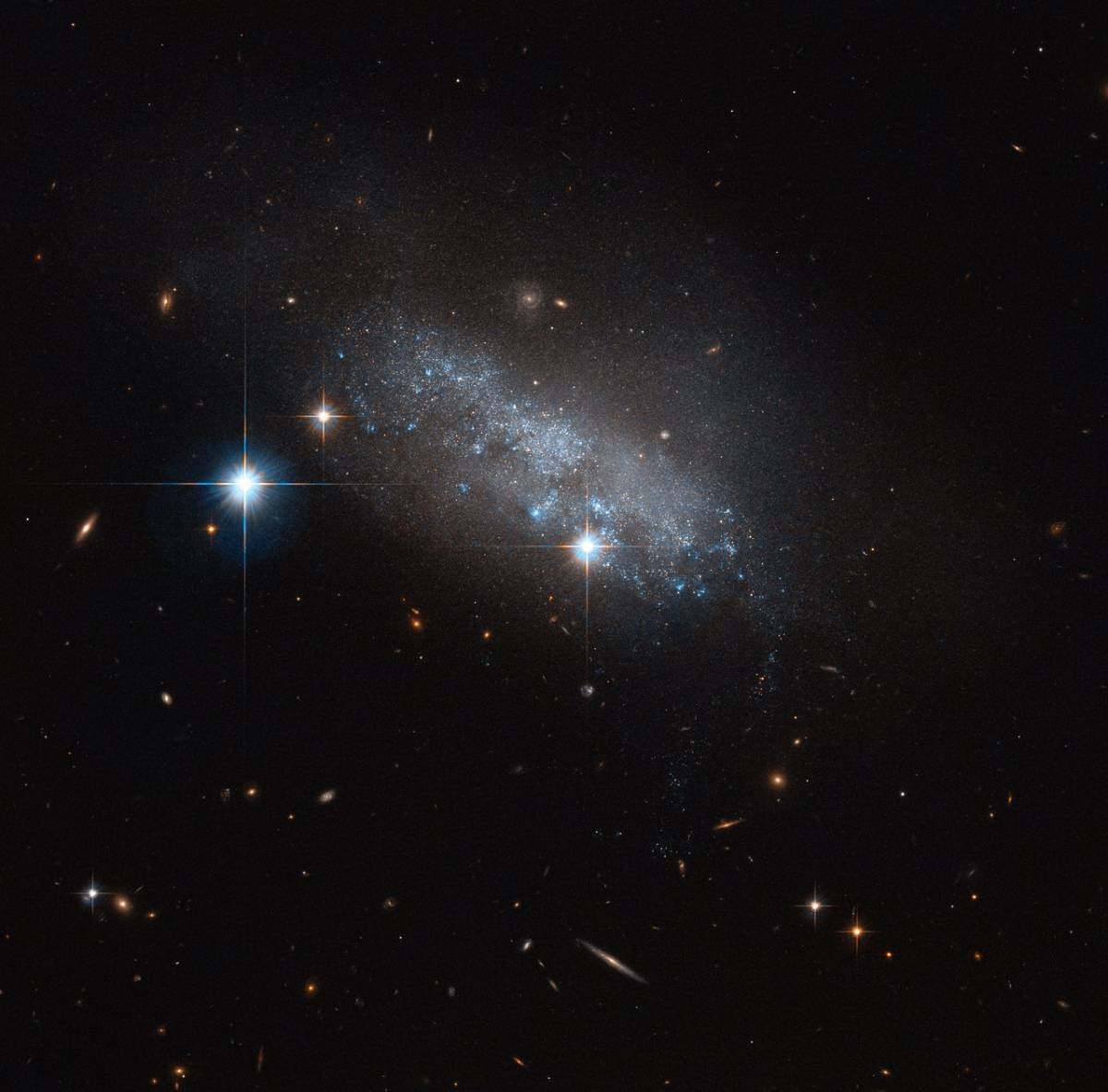 The Hubble space telescope has received the detailed picture of a galaxy of IC 3583 allowing to change her status. About it it is reported on the mission website.

The galaxy of IC 3583 is located in 30 million light years from Earth in Virgo constellation. It was still supposed that she has no certain structure. However the new image indicates existence in the IC center 3583 crossing points (“bar”) — the congestion of stars crossing it in the middle. More often “bar” is observed in spiral galaxies less often — in wrong and the linzoobraznykh.

Existence of “bar” can say that in last IC 3583 was a spiral galaxy. So, crossing points Magellanic Clouds — satellites of the Milky Way possess. As well as IC 3583, earlier they belonged to the wrong galaxies, however after detection of “bar” have been recognized as the wrong spiral galaxies (SBm). IC 3583 is the satellite of a galaxy of M 90.

The wrong galaxies — the galaxies which aren’t fitting into Hubble’s sequence. Often they have the chaotic form and make about four percent from all galaxies. Dwarfish wrong galaxies are considered as an important link of evolution of galaxies as have extremely high content of gas that makes related them with the earliest galaxies in the Universe.