The geostationary ring of the Earth 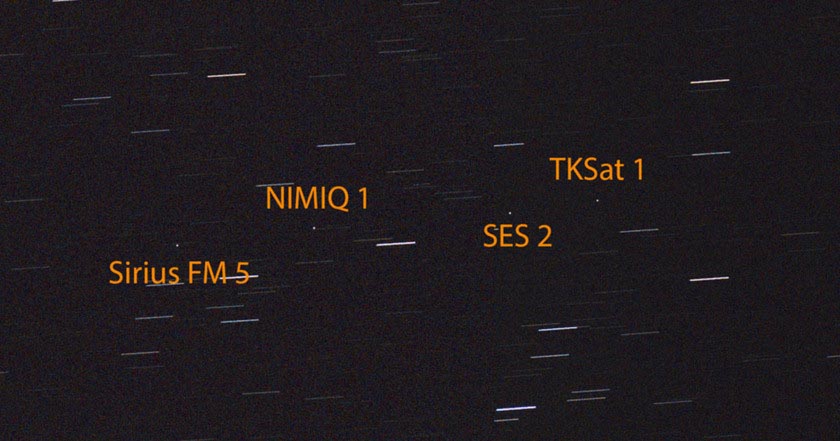 Ring systems are quite common in the solar system. They are found in Saturn, Jupiter, Uranus, Neptune and even some asteroids. In principle, the Earth also has a peculiar ring. True, it is not a creation of nature, but a matter of human hands. This ring is formed by geostationary satellites. They are in the equatorial orbit with a height of approximately 35,800 kilometers, and move around the Earth at a speed equal to its speed of rotation around its axis. Thus, a geostationary satellite always “hangs” over the same surface area.

On the presented mosaic you can see about fifty geostationary satellites. It was created by astrophotographer Adam Blok. While stars and planets move through the sky during the night, geostationary satellites remain in the same place. Therefore, in a photo with a long exposure, they look like dots on the background of the bands left by the stars.