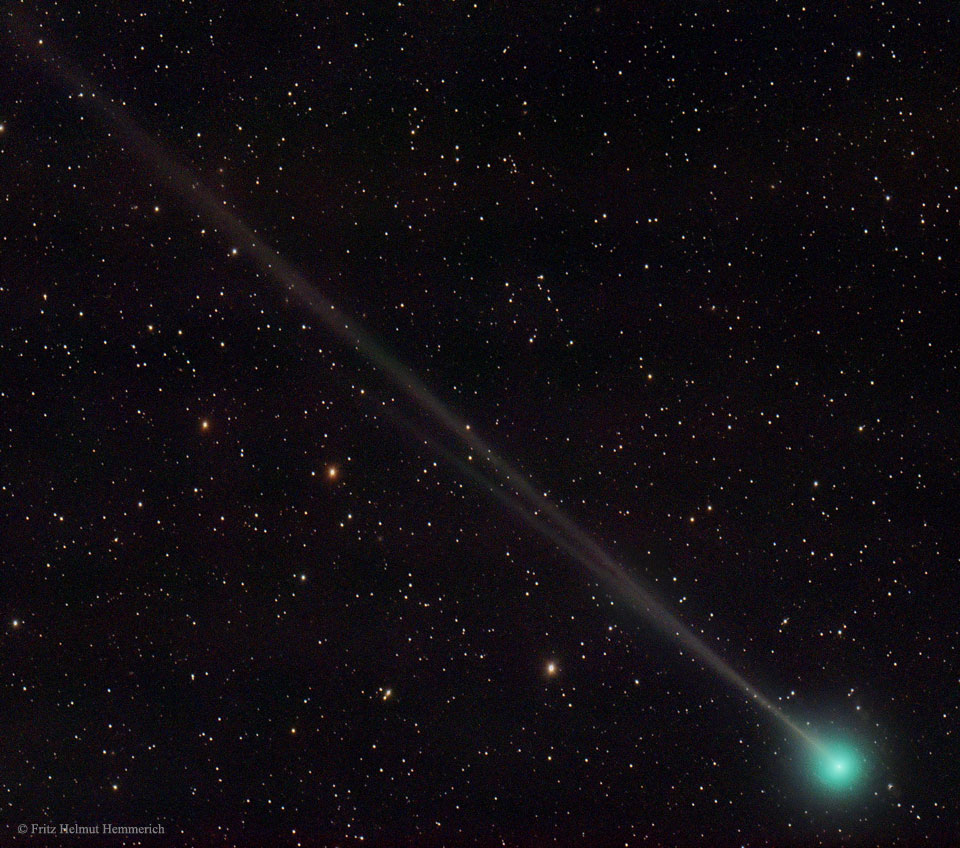 The period of revolution of a comet makes 5,26 years. Its last perihelion, that is the maximal rapprochement with the Sun, was observed on December 31, 2016. At this moment the comet was well observed from Earth and was accessible to shooting.

As astronomers report, on February 11, 2017 this comet has to pass close to Earth.

The Korotkoperiodichesky comet Honda – Mrkosa – Paydushakova became the comet fifteenth in the history which was found by means of the radar.