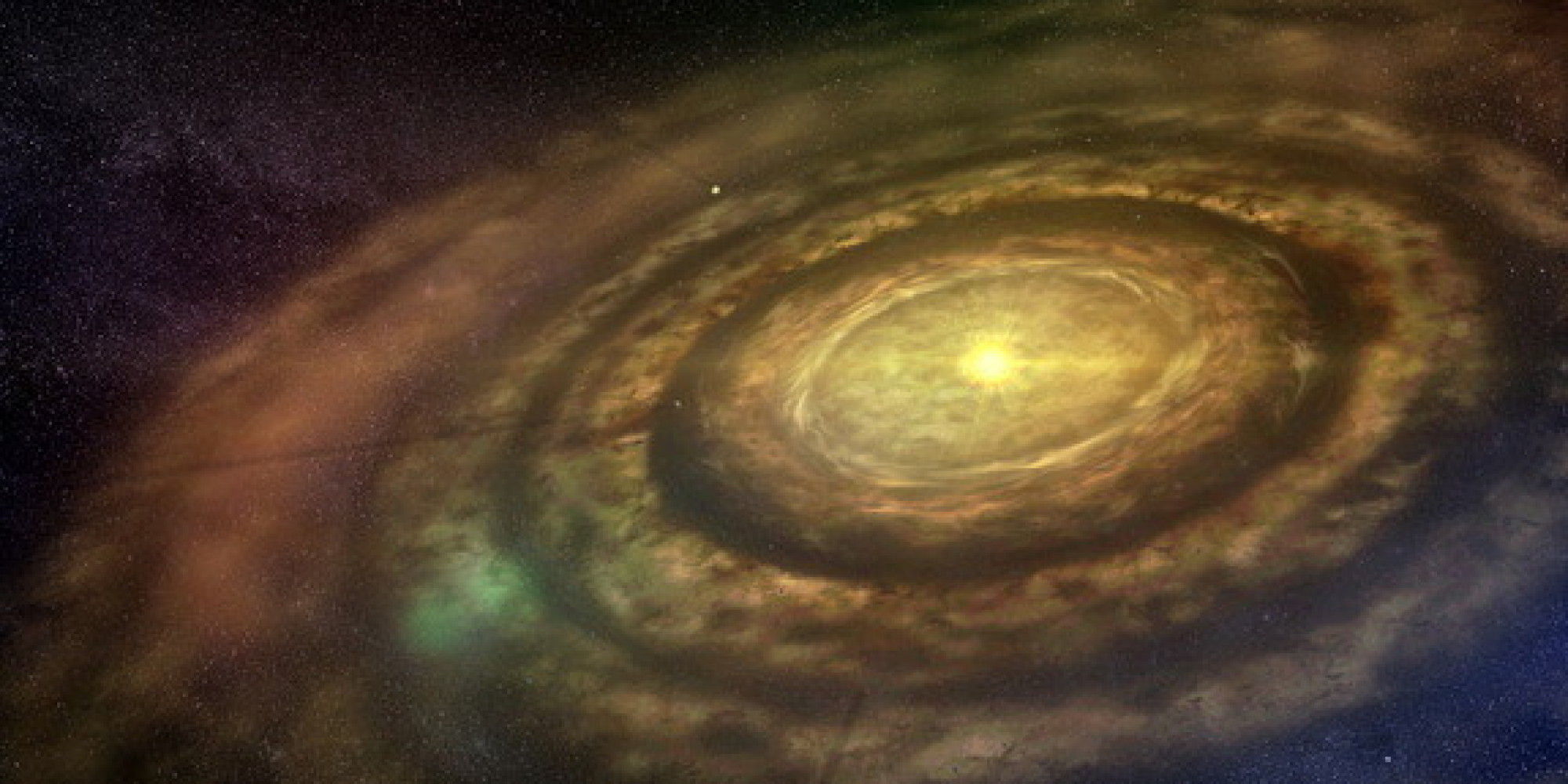 Scientists have uncovered the origin of the grains of star dust included in the dust clouds from which the planets formed our Solar system, is indicated in the new study.

Researchers have solved the longstanding mystery associated with the source of these grains that were formed long before our Solar system, and can be detected in the composition of meteorites falling on Earth.

During the life cycle of stars the size is about six times larger than the Sun – called stars of the asymptotic branch of the giants (Asymptotic Giant Branch, or AGB) – shed their outer shell, forming an interstellar cloud of gas and dust particles. It is believed that our Solar system was formed from one of these clouds, while the primary particles of this dust needs to be part of the substance of a number of primitive meteorites. However, to date, scientists have not found in the composition of these space rocks dust, the composition of which would correspond to the composition of the dust formed by AGB stars.

In the new study, an international team of nuclear physicists, headed by M. Lugaro (M. Lugaro) from the Observatory of Cocoa, Hungary, was able to find a thread binding together the grains of dust that are included in the composition of matter of primitive meteorites of the Solar system, and grains of dust produced by AGB stars. This thread was a nuclear reaction that turns the dust of one of these types to another. The researchers found that the reaction between proton and oxygen isotope 17O is a two times more often than expected. The impact of these nuclear reactions is clearly seen in some grains of dust included in the composition of meteorites, which allows to solve the mystery of their origin, explain team members.