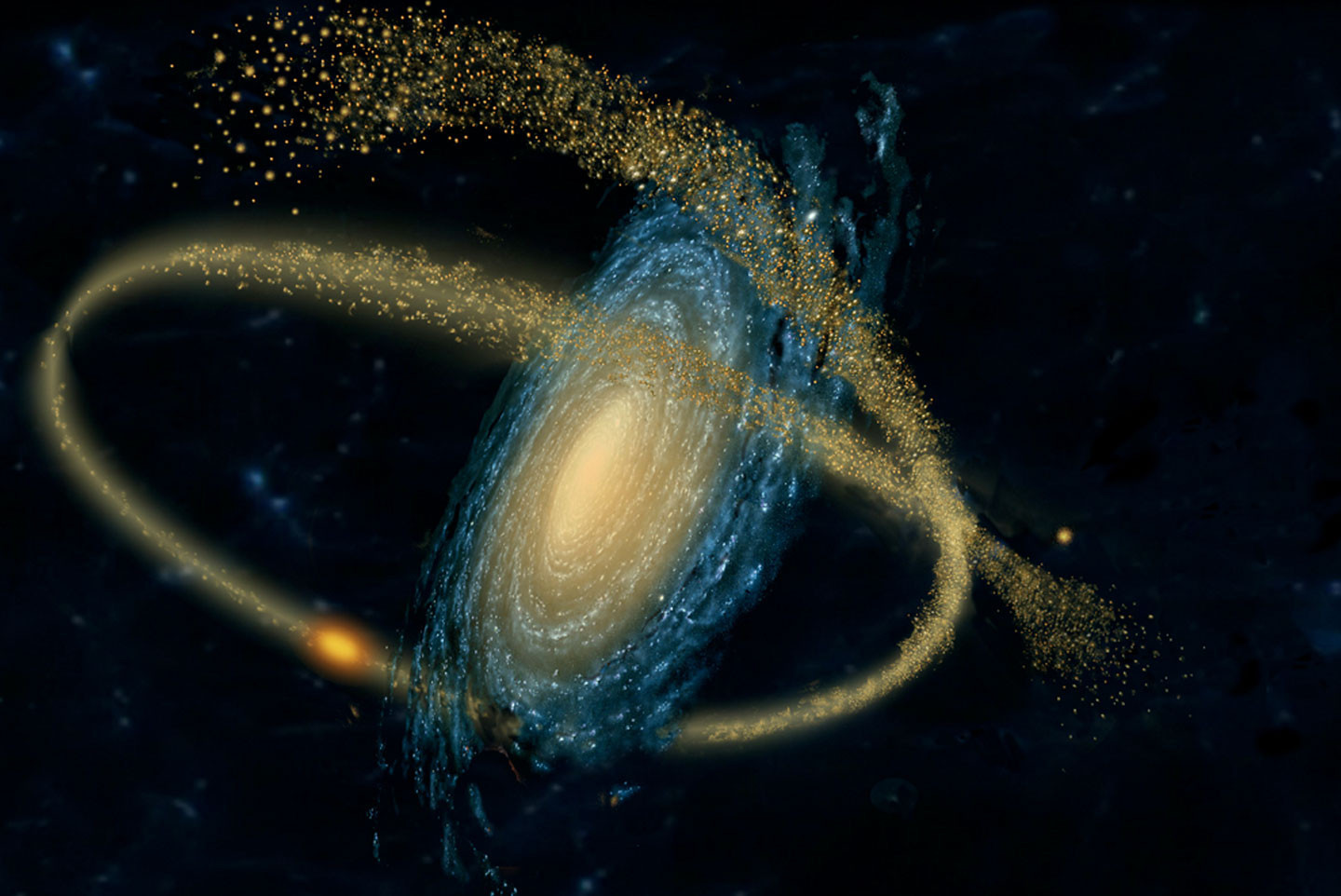 A group of Russian and German scientists set out to find out how much the gravitational field of our Galaxy can affect the accuracy of determination of coordinates of objects located in deep space.

The gravitational field of our Galaxy limits the precision of astrometric observations of distant objects. Most of all it appears for objects that are visually located in the Central regions of the Galaxy and the galactic plane, where the deviation may reach several tens of microseconds of arc. And, more importantly, the impact of such gravitational “noise” removed. This means that the accuracy of determining the position of the so-called reference (reference) objects which are defined the coordinates of all other sources at some point will be impossible to improve. The results are published in the Astrophysical journal.

It is well known that our planet Earth and the Solar system itself is located in the depths of the milky way galaxy and that through it people look at the rest of the Universe. As it turns out, this is an important fact for astrophysical research. How strong is the gravitational field of our Galaxy and its heterogeneity can affect the accuracy of determining the coordinates of the far — extragalactic objects? Attempt to evaluate it has taken a group of Russian astrophysicists from Astro space center of Physical Institute. Lebedev and space research Institute RAS, Moscow physical-technical Institute and Institute of astrophysics Society. Max Planck (Germany).

Of its own motion, angular dimensions and trigonometric parallax (apparent displacement) of the heavenly bodies, including stars — basic parameters for the solution of many astrophysical problems. These parameters are determined by astrometry, and in order to determine, for example, the position or the radial velocity of a star requires some coordinate system against which they will be measured. All currently used coordinate system, including the international celestial reference system (International Celestial Reference Frame, ICRF) constructed by the coordinates of several hundred “defining” extragalactic sources. Quasars and distant galaxies are the ideal control points to define the celestial reference system, since their angular movement is very small — about one hundredth angular milliseconds (for comparison, the diameter of, for example, the moon is a little over 31 angular minutes).

The second corner is a non — si astronomical unit of measurement of small angles, the identical second of plane angle. By analogy with the division of the hour as the time interval degree of angle is divided into 60 minutes and a minute into 60 seconds.

Astrophysical engineering is developing rapidly and it is expected that in the near future radiointerferometric the accuracy of the observations reaches 1 microsecond, and optical — 10 microseconds per year. However, such precision there is a new difficulty — monitoring interfering effects of the General theory of relativity, and especially the deflection of the beam when moving in a gravitational field.

When light from a distant object passes near any object, it is slightly deflected by the gravity of the latter. This deviation is usually very small, however, if on the way such objects, it can become significant. Moreover, since the objects are moving, the angle of deflection of the beam varies in time and location begin to seem to “wander” close to their true values. It is important to note that the effect of the “walk” coordinate refers to all distant sources, including those that are a reference for constructing coordinate systems.

“When you try to improve the accuracy of realization of the reference frame appears a limitation that is impossible to get around just improving the accuracy of recording equipment. In fact, there is gravitational noise, which allows to increase the accuracy of the implementation of the system of coordinates above a certain level,” says Alexander Lutovinov, Professor of the RAS, head of laboratory of IKI and lecturer of MIPT.

The researchers tried to assess how much this gravitational noise may interfere with the observations. The basis for calculations have become the modern model of the distribution of matter in the Galaxy. For each model, was built two-dimensional maps of the entire sky, which is applied to the average quadratic displacement angles of position of distant sources with respect to their true position.

The map of characteristic values
In microseconds the arc (shown by contours) for the ten-year interval of observations. Crosses show the positions of the reference sources of the International celestial reference system

“Our calculations showed that for a reasonable period of time about ten years the value of the standard deviation of the displacement of the position of the sources will be about 3 microseconds of the arc at high latitudes, increasing to several tens of microseconds in the Central regions of the Galaxy, — says Tatiana Larchenkova, senior researcher at the ASC LPI. — This means that when the measurement accuracy in absolute astrometry of extra-atmospheric reaches of microseconds, the effect of the “walk” of reference sources, which causes non-stationary field of the Galaxy, is taken into account”.

The scientists investigated the properties of this gravitational noise, which in the future will allow to distinguish it from observational data, and it was shown that this effect of the “walk” coordinate can be partially compensated by mathematical methods.