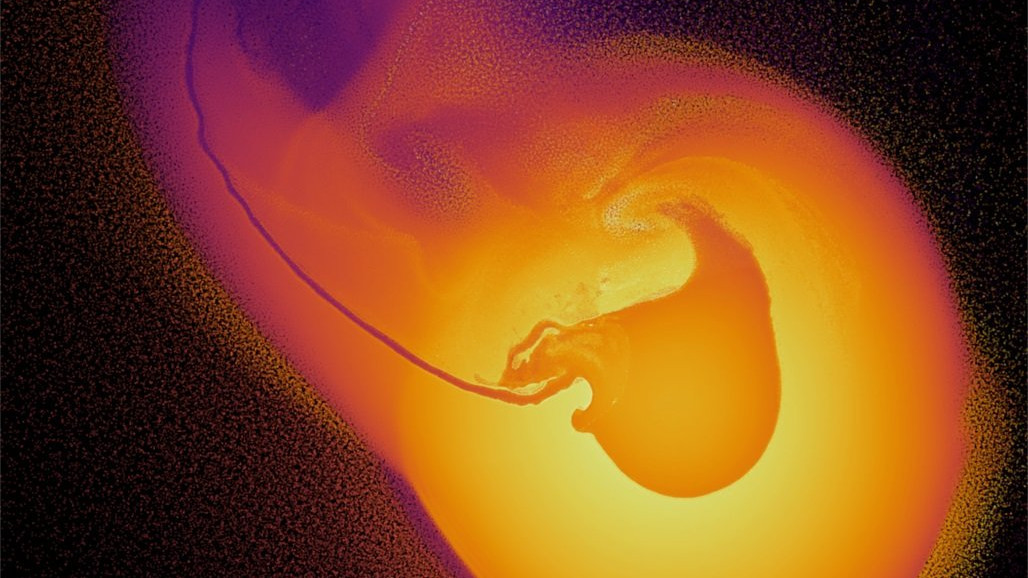 Uranus is a big strange thing: the only planet that leans to one side. Scientists now think they know how it happened: a stone pushed him, about twice the size of Earth.

Detailed computer simulations show that a huge stone fell to the seventh planet from the Sun, says astronomy researcher at Durham University, Jacob Kegerrais, who presented his analysis at a big conference on Earth and space science this month.

Uranus is a unique planet in the solar system. The massive planet is tilted by 90 degrees, as are its five largest moons. According to NASA chief scientist Jim Green, its magnetic field is also one-sided and does not go beyond the poles, as we have. It is also the only planet that has no internal heat from the core. He has rings like Saturn, albeit weak ones. Computer modeling shows that a collision and a change in the shape of Uranus happened in a few hours, said Kegerrais. He created an animation showing the collision and its consequences.

It is also possible that the large object that shot down Uranus is still hiding in the solar system, but too far away for us to see, according to Green. This would explain some of the orbits of the planets and conform to the theory that the missing planet X orbits the Sun far beyond Pluto. The collision occurred 3 to 4 billion years ago before the large satellites of Uranus were formed. Instead, there was a disk with debris, which eventually came together in the moon. And when this happened, the strange slope of Uranus acted like a gravitational tidal force pushing the five big moons to the same slope.

According to Kegerreis, it also created an ice shell that keeps Uranus’ internal heat in an enclosed space (the surface temperature of Uranus is minus 216 Celsius). 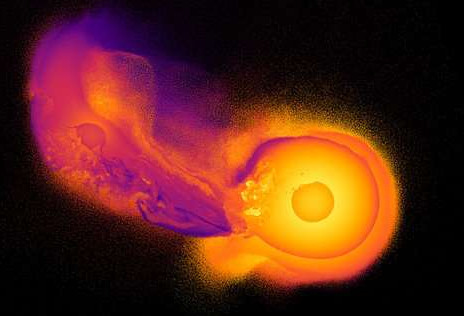 Ice is a key element for Uranus and its neighbor Neptune. A little more than ten years ago, NASA reclassified these two planets as “ice giants”, no longer mixing them with other large planets of the Solar System, the gas giants Saturn and Jupiter. than Uranus and Neptune. They received only short flights from Voyager 2.

Uranus and Neptune are the least understood planets. But this may change. A robotic probe to one or both of these planets was in the list of recent wishes from leading planet scientists, and is likely to be at the top of the next list.