The growth of the young Jupiter turned out to be multistage 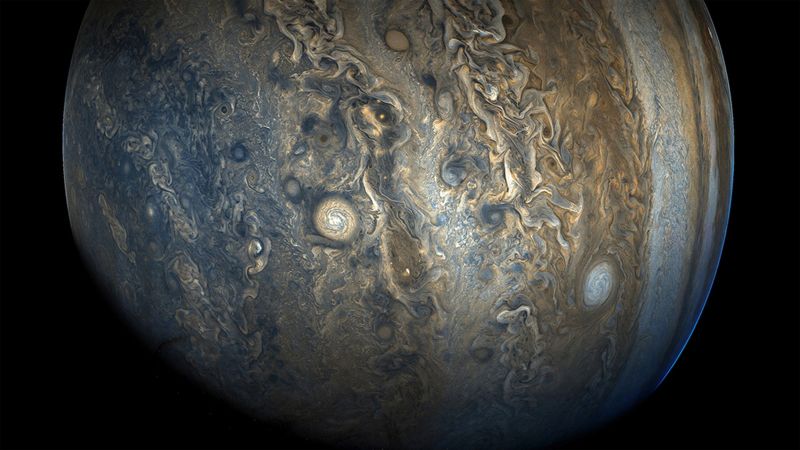 Astronomers have shown that the process of growth of giant Jupiter developed in several phases, with a break of two million years. During this time, the solar system has almost acquired a modern look.

Jupiter is the undisputed champion among the planets of the Solar System both in size and mass, which exceeds the mass of the Earth by 300 times. One of the most interesting mysteries of this gas giant is his birth and growth. Of course, it was formed from a gas-dust cloud surrounding a young star, but the formation of Jupiter occurred in several stages – and other bodies of the newborn solar system contributed to its development. About this astronomers tell in an article published in the journal Nature Astronomy.

Yann Alibert and his colleagues showed that at the first stage of their development, which lasted about a million years, collisions of small, order of centimeters and meters, celestial bodies allowed the future Jupiter to grow rapidly and gain a mass of about 20 Earth masses. However, then the protoplanet began to actively attract larger bodies – already a kilometer in size. 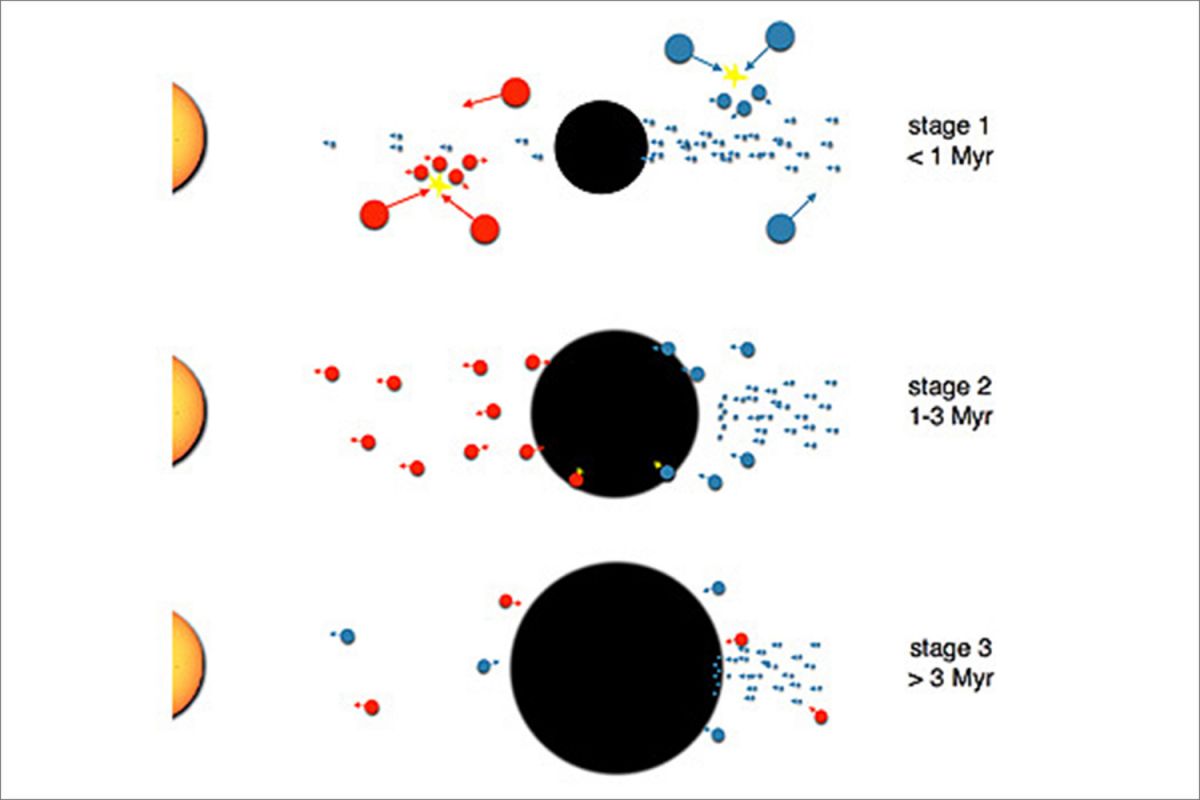 They not only brought a new substance, but transferred additional energy to Jupiter and warmed it up. This made it difficult to accrete light gases and dust, almost halting the growth of the planet for a whole two million years. By the end of this period, the giant managed to gain “only” 50 Earth masses, but then it grew to almost the present size for hundreds of thousands of years.

In fact, the authors relied on a study of the isotopic composition of meteorites published in the journal PNAS in 2017. It showed that between the million and three million from the beginning of the solar system, there was a division of its internal and external areas. The attraction of the young Jupiter could become one of the factors of this division, which is clearly pronounced in the solar system and today – with small and stony planets located closer to the star, and gas giants farther to the outskirts.