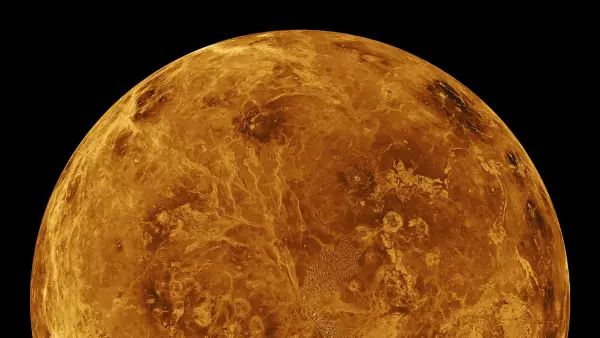 NASA chief Jim Bridenstein praised the discovery of phosphine in the atmosphere of Venus.

Scientists from Massachusetts and Cardiff previously reported that they found phosphine gas in the clouds of Venus, which may indicate the presence of life on this planet. Scientists published the result of the research in the journal Nature.

“Life on Venus? The discovery of phosphine, a byproduct of anaerobic biology, is the most important development in creating a compelling case for extraterrestrial life,” Bridenstine wrote on Twitter.

The NASA chief added that “the time has come to give Venus top priority.”

Phosphine is a colorless and highly toxic gas. On Earth, it is produced by anaerobic microorganisms that do not require oxygen. In 2019, the search for phosphine in the atmospheres of exoplanets (planets around other stars) was proposed as a marker of possible life on them.

This is not the first assumption about the existence of life on Venus. In January 2012, in the Astronomical Bulletin magazine, Leonid Ksanfomaliti, Chief Researcher at the Space Research Institute of the Russian Academy of Sciences, published an article on the analysis of images from the Soviet landing module of the Venera-13 station. On them, he found several objects that he considered living insect-like creatures, but his colleagues were skeptical.

Now Russia and the United States are considering the possibility of creating a Venera-D spacecraft for landing on Venus, which, among other things, should examine both the surface and, using a detachable balloon, the planet’s atmosphere for signs of life.