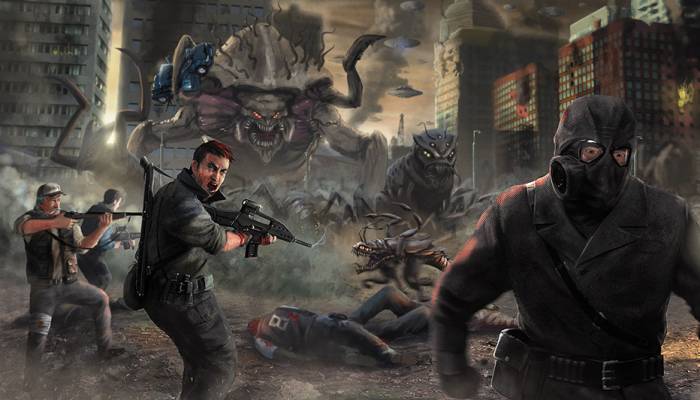 The head of NASA, Charles Bolden, made a loud public statement about the invasion of the aliens, which according to his information will exactly happen in the near future, until 2025. After that, Bolden was given leave for 6 months, due to illness.

The statement of Charles Bolden was made on Saturday, April 22 at the conference in Houston. Where he shocked the audience, telling about the imminent invasion of aliens on our planet. According to him, until the fateful event for humanity, there were several months to several years.

Charles Bolden said: “According to our calculations, there are at least 30,000 alien civilizations in the universe. We have been active in outer space over the past few decades and therefore have certainly attracted the attention of at least one of them. We can seize you at any moment! ”

The statement made by Bolden confused the participants of the conference and caused an ambiguous reaction.
Two NASA employees took Charles out of the stage. Similar speeches from the head of NASA sound not the first time, but before he never spoke so openly about the invasion of the aliens.

Dave Newman, deputy director of NASA, tried to reassure people by saying that the organization has no information that would indicate that extraterrestrial civilizations are going to attack the Earth.

Charles Bolden did not comment or interview after the announcement.

Given its satirical bent, I thought the “World News Daily Report” would appreciate the following post.

“By way of its absurd article, what WNDR has done is, at a minimum, both defamatory and libelous. And, although it claims a satirical perspective – a tidbit encapsulated in a witless blurb purposefully placed so as to escape the view of the average reader – the WNDR has blithely and irresponsibly promulgated a “report” that has had a ruinous effect on both my personal relationships and my reputation.

Please be advised that I have directed my attorney to contact the WNDR posthaste with regard to the foregoing.

C.F.Bolden
.
.
.
The menacing, threatening tone and substance of this letter is fabricated with purely satirical intent. Attribution is fictional and furnished solely for the purpose of providing seeming authenticity.”

I suspect that the WNDR is busily crafting its next satirical gem as I haven’t, as yet, seen my like-spirited submission displayed. I’m sure they’ll get around to it.

As far as I know we’ve already been invaded by aliens, in ancient times our ancestors we’re changed forever by the Anunnaki in order to make a slave race to mine for gold. Nowadays they control us by manipulating our elites, our elites are in their positions because they have vast wealth not because they have the skills and ability to truly lead humanity. We (humanity) need to change from the top down or we’re going to end up part of an extraterrestrial civilization living under their rules their laws fighting their wars and they’ll breed us into being more like them. It happened before with the Anunnaki, look into the mirror and you’ll see the Anunnaki looking right back at you.