The heart and soul of the galaxy

In the constellation of the northern hemisphere of Cassiopeia, there are two bright emission nebulae, called “Heart” and “Soul”. The “Heart” nebula (IC 1805) is depicted in the picture at the bottom right and resembles the classic symbol of the heart. The Soul Nebula (IC 1871) is visible at the upper left.

Both nebulae shine brightly in the red light of activated hydrogen. The light emitted by the gray is indicated in the photo in yellow, and the oxygen in blue. Several young open star clusters are visible near nebular centers. 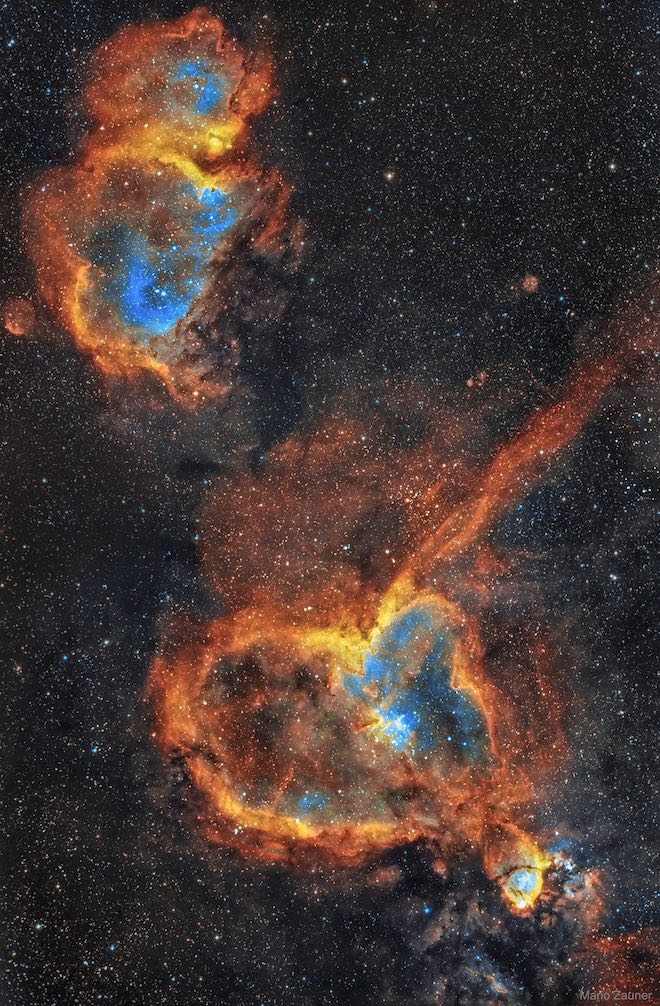 Light takes about 6,000 years to reach us from these nebulae, which together cover about 300 light-years. Studies of stars and clusters, such as those found in the “Heart” and “Soul” nebulae, usually focus on how massive stars are formed and how they affect the environment.