The hexagon of Saturn was higher than it was thought 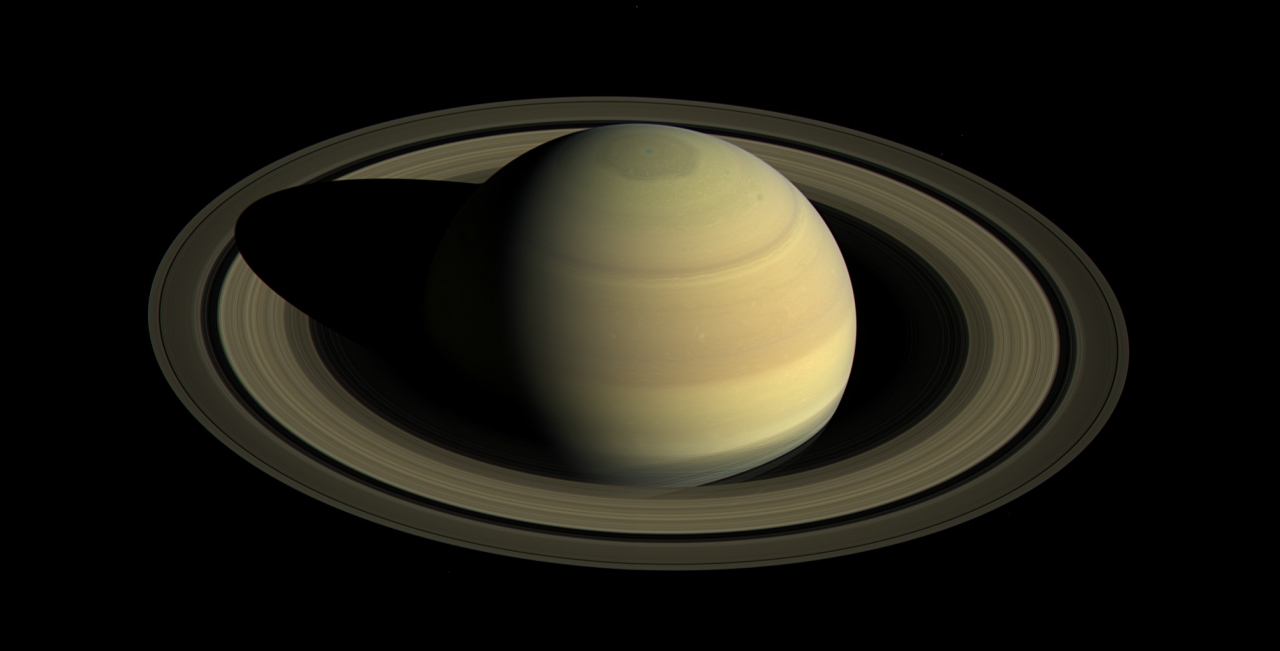 At the north pole of Saturn is one of the most mysterious formations in the solar system. It’s about hex. This is the name of the cloudy vortex of a hexagonal shape, the diameter of which is 25,000 km, which is twice the diameter of the Earth. Observations of the Cassini apparatus showed that the hexagon is a stable atmospheric formation. At the same time, it can change its color, which is most likely due to the change of times a year.

A new study, the results of which were published in a recent issue of the publication Nature Communications, suggest that the influence of hexagon is not limited to the visible cloud structure. A team of British scientists studied the infrared observations of the north pole of Saturn performed by Cassini in the last years of his mission. At this time, the next season changed on the planet. The northern hemisphere of the planet came summer. Its pole began to receive a maximum of sunlight, which led to the formation of a high-altitude vortex in the stratosphere.

An analysis of the data collected by Cassini showed that this stratospheric vortex also has a hexagonal shape. It rises above the cloud cover of the planet for several hundred kilometers. According to scientists, it is extremely unlikely that this is just a coincidence. Apparently, it is a kind of “superstructure” of the hexagon formed with the advent of summer. 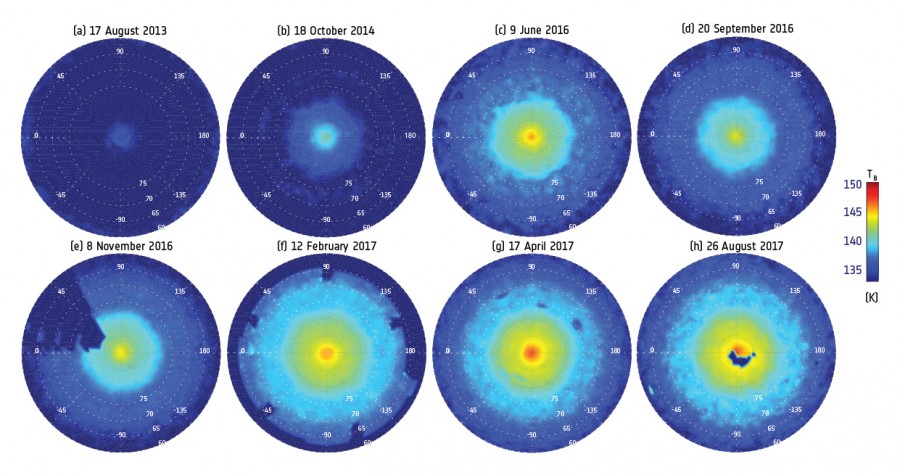 It should be noted that earlier “Cassini” managed to fix the summer stratospheric vortex and at the south pole of Saturn. But he is completely different from his northern “brother”. The southern whirlwind is warmer, and demonstrates a completely different form and dynamics of behavior. This suggests that the atmospheric processes at the poles of Saturn differ markedly from each other. In turn, this hints at the presence of some fundamental asymmetry between the hemispheres of the planet, the nature of which scientists still have to understand.