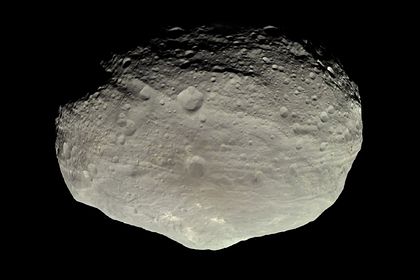 Scientists at the University of Tokyo in Japan have revisited modern views on the history of the formation of the solar system. According to new data, the bombardment of inner planets by meteorites occurred earlier than it was thought, was less intense, but more prolonged. This is reported in an article published in the journal Earth and Planetary Science Letters.

The researchers studied meteorites from Vesta, the second largest asteroid in the solar system after Ceres, including analyzing the isotopic composition of the rocks. It turned out that Vesta was subjected to intense bombardment by cosmic bodies 4.4-4.15 billion years ago. This happened earlier than the estimated time of the late heavy bombardment, which was determined from the lunar rocks mined during the Apollo missions in the 1970s.

The late heavy bombardment was thought to have occurred approximately 4.1-3.8 billion years ago. It is believed that most of the craters on the Moon, Mars, Mercury, Venus and Earth formed during this period. This could have happened due to the displacement of the orbits of the gas giants, as a result of which many objects from the asteroid belt moved into the inner regions of the solar system.