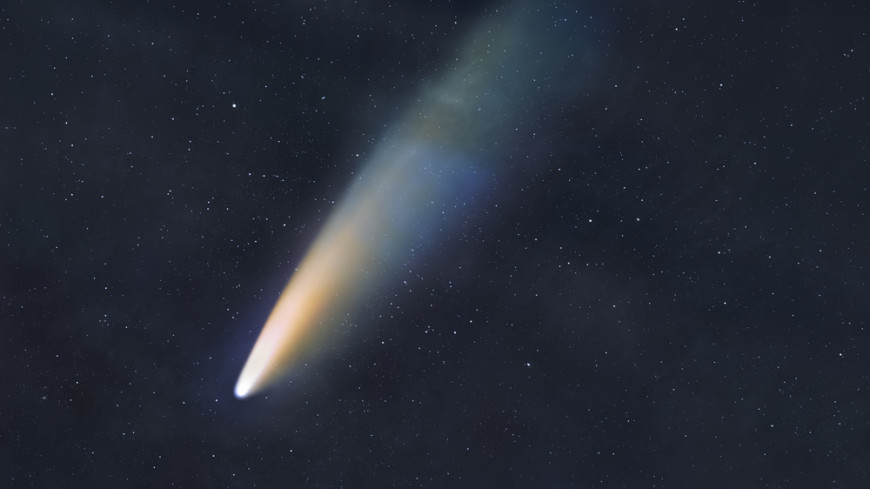 The Hubble telescope has helped astronomers measure the nucleus of the largest known comet in the solar system. It is approaching the Earth at a speed of about 35 thousand kilometers per hour, according to the Astrophysical Journal Letters.

It is known that comets are a “ball” of ice and dust. A characteristic sign is a coma, or “tail”, which they leave behind them.

Comet C/2014 UN271, also known as Comet Bernardinelli-Bernstein, formed 4 billion years ago. It is so large that it was previously mistaken for a dwarf planet.

As the comet approaches the Earth, scientists have the opportunity to get more accurate information about it. It is still too far away to get a clear picture. However, the Hubble telescope was able to “look” through the coma and capture the comet’s heart.

The team of scientists then processed the images on a computer to remove the glowing halo of the coma and measured the parameters of the nucleus. The data obtained showed that its diameter is 129 kilometers – 50 times larger than that of typical comets. Scientists have confirmed that Comet Bernardinelli-Bernstein is the largest long-period comet they have ever seen.

The data also showed that the core is unusually dark. According to the researchers, it turned out to be “blacker than coal.”

According to scientists, now the comet is experiencing a temperature of -211 degrees Celsius. Despite the cold, she shows great activity. The temperature allows carbon monoxide to sublime (go from solid to gas) from the surface of the nucleus, creating a coma.

Comet Bernardinelli-Bernstein has been flying towards the Sun for more than a million years. It is thought to be coming from the Oort Cloud, a comet-filled region near the outer edge of the solar system. In 2031, it will approach the earth as close as possible – 1.6 billion kilometers.