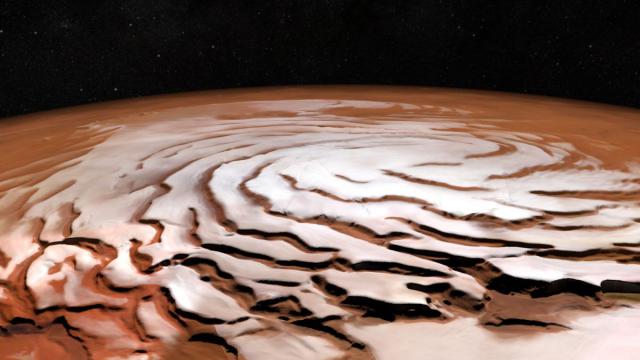 Scientists, using the received between 2004 and 2010, the Mars Express images, created the image of the ice cap at the North pole of the red planet. In the presented image shows a spiral structure on the plot with a diameter of about 1.1 thousand km.

According to scientists, the ice cap of Mars at the North pole rather young education. The researchers believe that it consists of a mixture of water ice and frozen carbon dioxide. The ice cap covers an area of about 1 million sq km and has a volume approximately equal to half the Greenland ice sheet. The thickness of the permanent ice cap of water ice is about 2 km In the cold winter months it is covered with a thin layer of carbon dioxide, which in summer turns into a gas. The ice layers like the annual rings on trees, represent the seasonal changes on Mars. 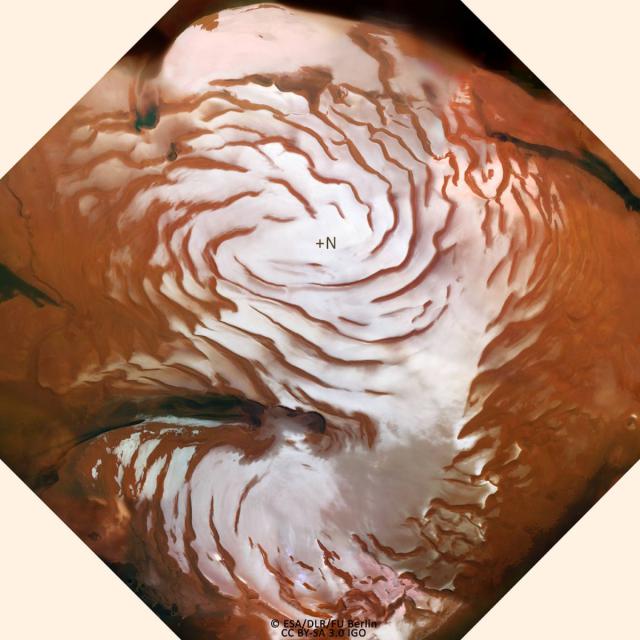 According to scientists, a strong Martian winds play a key role in shaping, twisting elevated from the center to the edges of the ice cap.

In the presented image also shows a huge education in the form of a canyon with a length of 500 km and width 2 km from Chasma Boreale. It almost divides of the ice cap into two parts. According to scientists, this ancient canyon, which were formed before the coils.